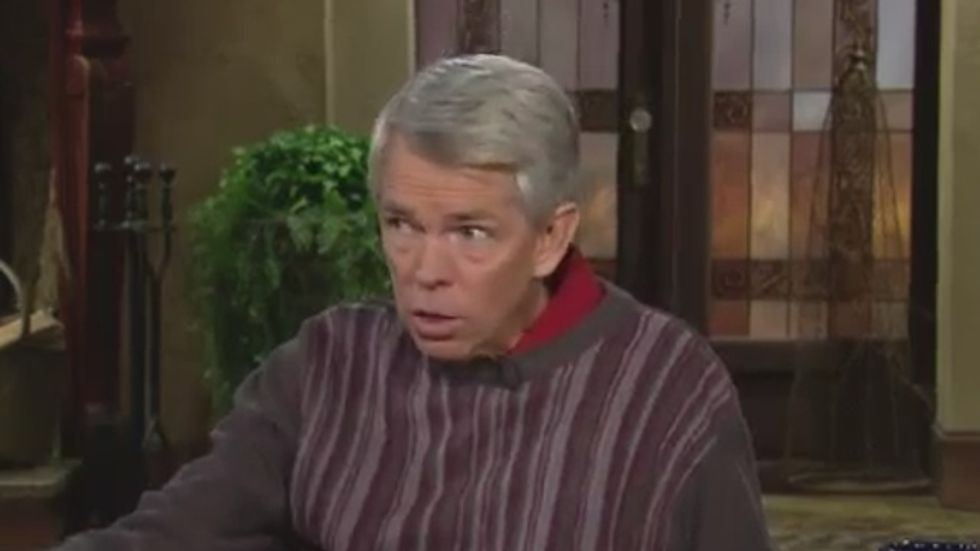 The man who will be controlling millions of dollars in his role as head of GOP presidential nominee Ted Cruz's super PAC believes that scientists will not be able to create a vaccine for the AIDS virus because he thinks a Bible verse says AIDS is God's retaliation for sin.

This is just one of the many strange beliefs held by David Barton, who has been tapped to lead Keep the Promise PAC, an umbrella organization related to pro-Cruz committees that raised $38 million in the first half of 2015, Right Wing Watch reports.

"I don't think they will ever find a vaccine for HIV/AIDS," Barton said in a talk posted to the RWW YouTube account in March. "I say that based on a particular Bible verse."

He then cites Romans 1:27 that says, "Likewise also the men, leaving the natural use of the woman, burned in their lust for one another, men with men committing what is shameful, and receiving in themselves the penalty of their error which was due."

"The Bible says if you engage in homosexuality, your body will do things that penalize you," Barton goes on. "So if you can have a vaccine for AIDS, then you're keeping your body from penalizing you. I don't think they'll ever find a vaccine for AIDS."

In 2012, the publisher of Barton's bestselling book The Jefferson Lies: Exposing the Myths You've Always Believed About Thomas Jefferson, ended publishing and distribution of the book after it was found to be filled with fabrications, NPR reported. The publisher, Thomas Nelson, pulled the book out of stores and reversed publishing rights to Barton, saying that Barton presented Jefferson as a fantasy of what "modern-day evangelicals could love and identify with," not as he was in historical fact.

In the book, Barton claimed things like Jefferson started church services at the Capitol and was a "civil rights visionary." Jefferson owned over 200 slaves.

"The truth is, the withdrawing a book from the market is extremely rare. It's so rare I can't think of the last time we've done this," Brian Hampton, vice president and publisher at Thomas Nelson, told NPR . "If there are matters of fact not correctly handled or the basic truth is not there, we would make a decision based on that."

Barton is also known for telling far-fetched stories, Right Wing Watch reports, including a claim that he was once fluent in Russian, asked to translate for the 1976 Russian National Gymnastics Team and smuggled Bibles into the Soviet Union. He also makes claims that are chronologically impossible, including that the Founding Fathers were opposed the teaching of evolution. Charles Darwin hadn't invented the concept at the time the United States was being founded.

He also claimed the Founding Fathers were opposed to net neutrality and that Jesus opposed the minimum wage.