Bill Maher: Trump's speeches are the 'brain farts' and ramblings of a guy who inhaled construction debris 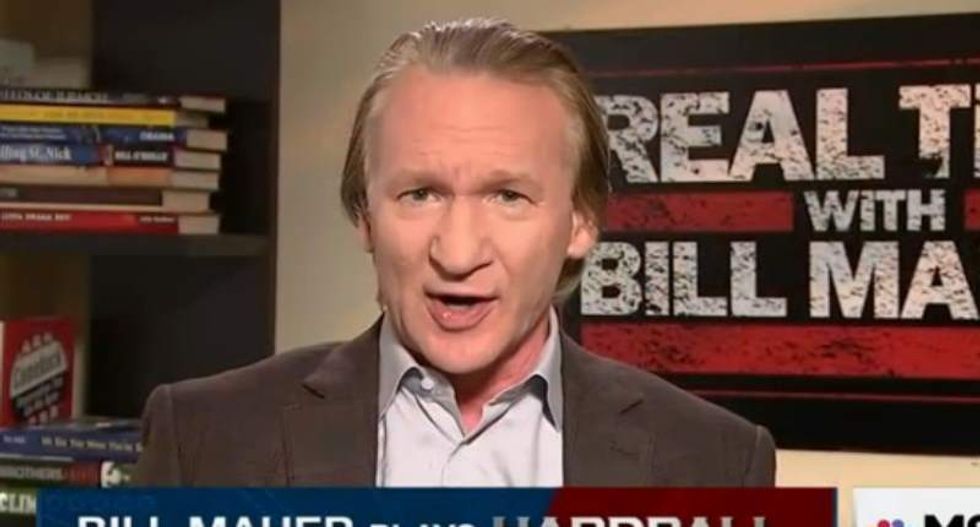 Real Time host Bill Maher unloaded on Donald Trump and his campaign rhetoric during an interview with MSNBC host Chris Matthews on Tuesday.

"Trump is always saying other countries are laughing at us. This is why they laugh at us -- because of what he says and how we are taking it seriously," Maher said. "He talks about how we shouldn't have teleprompters? Please, let's bring back teleprompters, because these are just the brain farts, the stream-of-consciousness ramblings of a guy who, obviously, over the course of his life, breathed in too much construction debris."

What the real estate mogul's fans are responding to, Maher argued, was his message that the US was somehow "losing," which he called insane.

"[Trump says we] have to 'restore' America to what, what it was before Obama came along?" Maher said. "So we should be restoring America back to where we had 10 percent unemployment, the stock market was 1,000 points lower. Who is beating us, China? Why -- because their kids make our iPhones? Japan? They've been in a recession for like three decades. Mexico? I mean, this is insane."

At the same time, he also told Matthews he and his network had to "look a little bit in the mirror" when the Hardball host expressed disbelief that Trump drew thousands to an event on Monday.

"Your network covered him from beginning to end," Maher said, before asking, "Why? Why are you doing that?"

"The same reason people went out to see him. Knowing he'd be on TV," Matthews responded.

"But why cover it like he's Churchill giving an important speech?" Maher countered. "I mean, have you listened to these speeches?"

Watch footage from the interview, as aired on Tuesday, below.