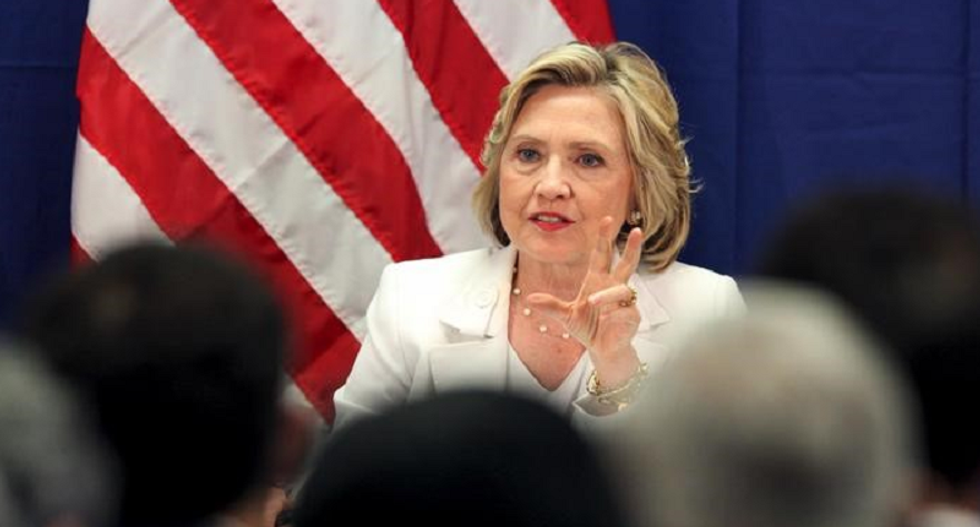 U.S. Democrats' race for their party's 2016 presidential nomination has emerged as a competitive one, with support for former Secretary of State Hillary Clinton slipping in recent public opinion polls.

Several current and former officials are challenging Clinton for the nomination. For the latest Reuters/Ipsos poll results for the potential Democratic presidential candidates.

Here is a list of the Democrats seeking the nomination or considering jumping into the race for the November 2016 presidential election:

Clinton, 67, quickly emerged as the frontrunner this year, but her poll numbers have slumped recently amid the controversy about her use of a private email server while secretary of state. The former U.S. senator and wife of ex-President Bill Clinton lost an acrimonious Democratic presidential nominating battle to Barack Obama in 2008.

Vermont's independent senator is running for president as a Democrat in 2016. The 73-year-old self-described socialist has galvanized the party's left-leaning activists with a campaign focused on the troubles of the middle class and economic inequality, closing in on or overtaking Clinton in several polls.

The former Maryland governor, 52, has positioned himself as a younger, more liberal alternative to Clinton by bashing Wall Street and talking about social injustice. But his candidacy has yet to gain traction in the polls, which Clinton and Sanders dominate.

Chafee, 62, is a former Republican U.S. senator who become an independent when he ran for governor of Rhode Island. A Democrat since 2013, he said the United States needed to extricate itself from costly foreign wars and cited education, infrastructure and healthcare as priorities.

The former Virginia senator, 69, is a decorated war hero who served in the Vietnam War and was Secretary of the Navy in the Reagan administration. He is known for his outspoken critiques of U.S. foreign policy and military strategy, and his support for American troops serving overseas. As a candidate, Webb promised to fight the political influence of big-money interests and bring a new approach to solving problems.

The Harvard Law School professor, 54, has for years waged a fight against the influence of big money on politics and elections and has created a Super PAC for candidates who support campaign finance reform. Lessig announced his 2016 presidential campaign to "hack" the political system that he says is "rigged" in favor of deep-pocketed donors.

Biden, 72, has been vice president alongside Obama since 2008. Before that, the outspoken foreign policy expert was a U.S. senator from Delaware. Biden, who mounted losing presidential bids in 1988 and 2008, has been weighing whether he could mount a campaign after the sudden death of his son Beau in May.