Carly Fiorina: Opponents must 'prove to me' they watched my non-existent fetus videos 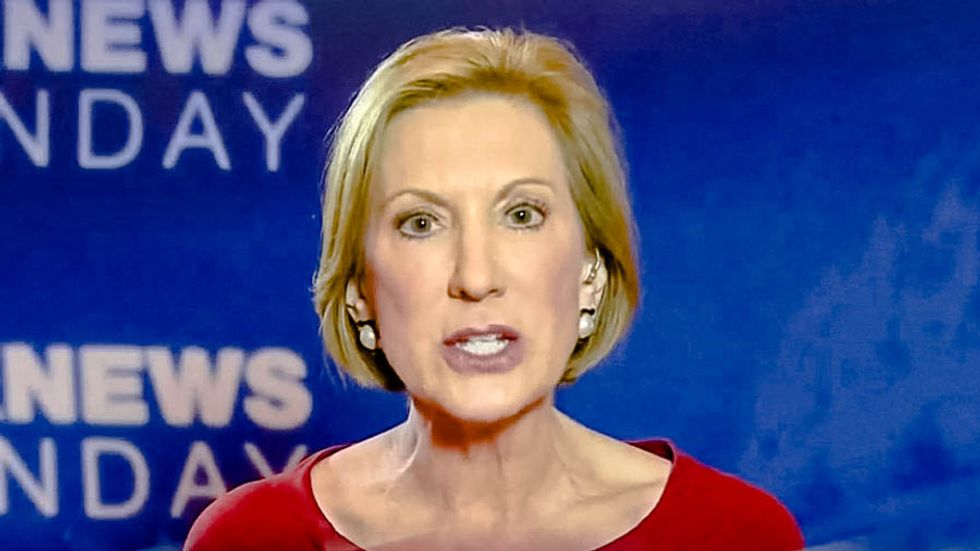 Republican presidential candidate Carly Fiorina insisted on Sunday that anyone who wanted to debate her about Planned Parenthood funding would have to "prove" that they watched videos of a fetus that fact checkers say don't exist.

During last week's Republican presidential debate, Fiorina had claimed that she saw undercover videos from a Planned Parenthood that showed “a fully formed fetus on the table, its heart beating, its legs kicking while someone says we have to keep it alive to harvest its brain.”

However, fact checkers like FactCheck.org and The Washington Post have said that there was no such scene included in the videos that were recently released by an anti-abortion group.

"Do you acknowledge what every fact checker has found?" Fox News host Chris Wallace asked the candidate on Sunday. "As horrific as the scene is, it was only described on the video by someone who claimed to have seen it. There is no actual footage of the incident you just mentioned."

"No, I don't accept that at all," Fiorina shot back. "I've seen the footage. And I find it amazing, actually, that all these supposed fact checkers in the mainstream media claim this doesn't exist, they're trying to attack the authenticity of the videotape, I haven't found anyone in the mainstream media who has ever watched these things."

"I mean, they will claim that somebody watched it for them," she continued. "I will continue to dare anyone who wants to continue to defund Planned Parenthood, watch the videotapes."

"And anyone who wants to challenge me first is going to have to prove to me that they watched it."