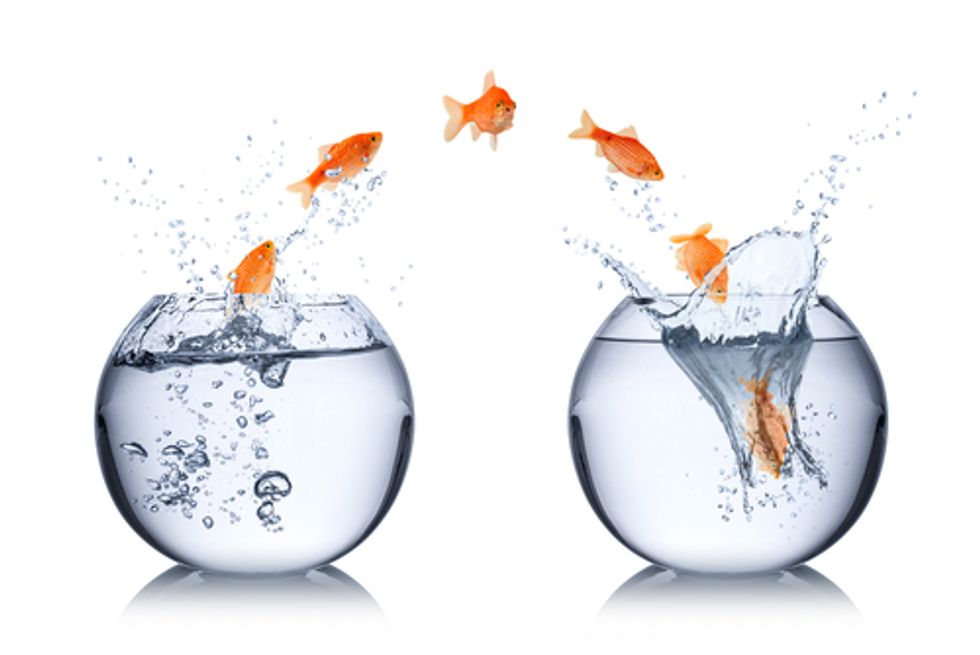 Now it's time to fold up shop and move on. I've been hired as a full-time politics writer for Salon, where I will keep pursuing my obsessions with politics, feminism, debunking the right, and pop culture. I am grateful to Raw Story for giving Pandagon a home all these years, but now it's time to put blogging to rest and just be a plain old writer, full-time.

Blogging has changed a lot since I began in 2004 with a Blogspot blog called Mouse Words and 2005, when I joined Pandagon. Back then, it felt more like a free-form, endless argument between different political factions. (Well, mostly left vs. right.) Anger over the Iraq War invigorated liberal bloggers. Defending the war motivated the right, who were nicknamed the 101st Flying Keyboardists. Blogging was conversational, with lots of weird jokes and plenty of back-and-forth linking and arguments between different writers. Fisking---where you quote another blogger or writer at length and interject your arguments in a back-and-forth style---was popular. Most blogs looked like crap. No one made any money at it. Most liberal bloggers, in an effort to counter the grief and rage that drove daily blogging under the Bush administration, used Friday for joke blogs and cat pictures. We also did the Friday Random 10, where you'd shuffle your iTunes (or whatever came before it) and blog the first ten songs that came up. Just a list. They didn't do much embedding then.

There was no Twitter then. No one was on Facebook. I didn't even have a MySpace account until 2005. YouTube was barely a thing. People didn't use gifs. Even embedding a picture was a big deal.

And most bloggers were men, especially on high traffic blogs. (Which got numbers that look paltry compared to news and opinion websites now.) When I first started blogging, there was this ongoing pattern where some male blogger would write a post with a title like, "Why don't women blog?" and posit, at length, that women simply don't have the appetite for the rough and tumble world of blogging. This, in turn, would piss a bunch of female bloggers off, and they would write angry blog posts about how we are here, we aren't a bunch of soft-headed children, and the reason that they don't see us is because they clearly don't take women seriously enough. There would be an ugly row about it, and then everyone would forget about it, and then about 3 months later, another male blogger would do it again. But eventually, though it took awhile, female bloggers became prominent enough that this pattern ended, and took with it the stereotype that women don't know how to throw down or are too afraid to share their opinion. Now we have a separate problem---endless male harassment to force women to be be afraid---but the idea that women are inherently too timid is long dead.

I remember when everyone thought Digby was a man.

I remember when Feministing began. I once guest-blogged for a week there so Jessica Valenti could take vacation.

I met Lindsay Beyerstein through blogging. With her blog, Majikthise, she intended to kick off a photojournalism career. She might have been the first blogger I met who had a game plan to go pro. She stayed with me in Austin to cover the Tom Delay hearings. We have been thick as thieves ever since.

The world of blogs has gone pro. Some bloggers, like myself, got jobs working in the nascent internet journalism world. Now that is what journalism looks like, and print is slowly dying. Some bloggers, like Josh Marshall at Talking Points Memo or Markos Moulitsas Zúniga of Daily Kos, took their blogs and turned them into full-blown news and commentary websites. Some blogs, like Feministing, became launching pads for careers in activism. Some bloggers went into electoral politics.

Some stalwarts, like Digby or Atrios, just keep doing what they were doing back in the day. Which is awesome and I hope they never stop.

Bloggers, liberal bloggers anyway, set out to change the way we talk about politics in this country. We wanted a more liberal Democratic Party. We wanted social justice issues at the center of the conversation. We wanted the war to end. Those things happened, and while there were many other factors, the ability of ordinary Americans to talk back to the powers that be through our keyboards was a key factor. We changed things. It changed us. This move is just one more part of that process.

I will miss this blog and the fun we've had and the conversations we've had. But I've been getting busier and busier and it's been harder and harder to keep up. Now it's time for it to end. Thank you so much for all your support over the years.

But let's be clear, while Pandagon is done, I'm not! I'll be at Salon and, as always, you can follow me on Twitter.