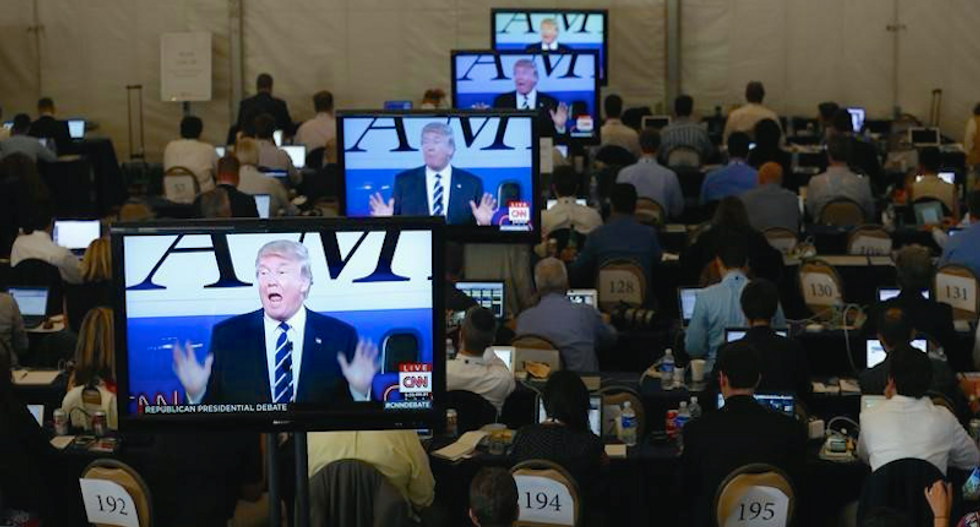 CNN's live stream of the prime-time Republican presidential debate drew a record online audience for a U.S. primary debate with 920,000 simultaneous viewers after about 90 minutes, the network said on Wednesday.

The total midway through the three-hour debate was "by far the biggest audience a primary debate has had on the Internet," CNN said in a blog post on its website. The first nominating contest for the November 2016 election is four months away.

CNN, a unit of Time Warner Inc , streamed the debate on its website without requiring proof of a cable TV subscription.

Billionaire Donald Trump's combative speaking style has boosted interest in the race for the Republican nomination. He shared a stage with 10 other candidates. Four other Republicans, who rank lower in opinion polls, took part in an earlier debate.

On television, the network charged advertisers up to $200,000 for a 30-second commercial during the debate, according to people familiar with the matter.

More data, including ratings for the cable TV telecast, will be released on Thursday.

A Republican debate on Fox News Channel in August attracted 24 million viewers, a record for a presidential primary debate and the highest non-sports telecast in cable TV history. Fox News Channel is a unit of 21st Century Fox .