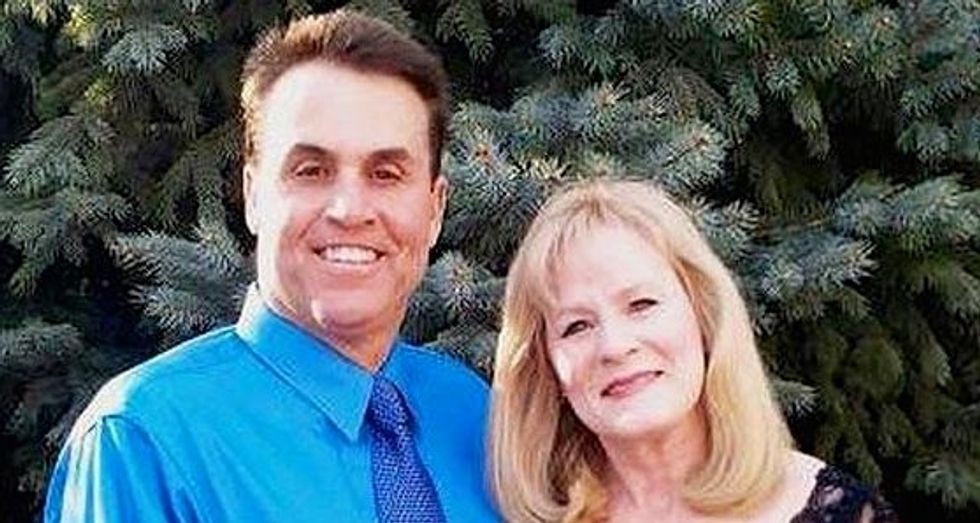 A federal jury convicted a Colorado man on Monday for killing his wife by pushing her off a cliff in a national park three years ago in order to collect $4.5 million in life insurance.

Harold Henthorn was convicted of first-degree murder of his wife Toni, who plummeted 120 feet (37 meters) to her death in Rocky Mountain National Park in September 2012, the U.S. Attorney's Office said in a statement.

Jurors also heard from prosecutors during the two-week trial in U.S. District Court in Denver who said Henthorn also killed his first wife 20 years ago, although he has not been charged in that case.

Henthorn, 59, faces mandatory life in prison without the possibility of parole when he is sentenced on the federal conviction on Dec. 8.

A search warrant affidavit filed by a National Park Service agent said a map of the park was found in the couple's vehicle with an "X" marking the spot where she plunged to her death.

Investigators said that when confronted with the map, Henthorn was "at a loss of words" to explain it.

Defense lawyers did not call any witnesses, and Henthorn declined to testify in his own defense.

Prosecutors said in a court filing that Henthorn's first wife, Sandra Henthorn, who died on a country road in Douglas County south of Denver in 1995, was likewise killed by her husband.

Henthorn told police Sandra Henthorn was underneath the couple's vehicle while they were changing a tire when it slipped off its jack, crushing her to death.

"As with Toni, the first wife died in a remote area where Henthorn was the witness and told conflicting accounts of what happened," the filing said.

Sandra Henthorn's death was ruled accidental at the time, and her husband collected a $496,000 life insurance policy.

The Douglas County Sheriff's Office reopened the old case after Henthorn was indicted in his second wife's slaying, and a police spokesman said the probe is ongoing.

In a pretrial hearing, a federal magistrate judge noted that Henthorn had "no verifiable employment or income" in the 15 years prior to his arrest, but was a flight risk because he had access to about $1.5 million in bank and investment accounts.