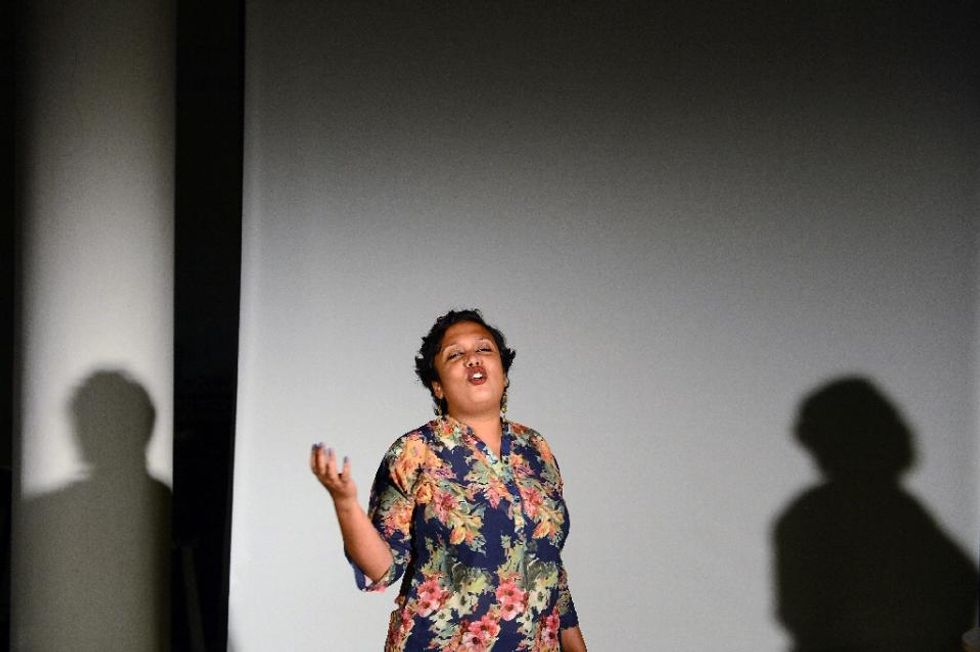 Image: A Bangladeshi artist performs during the inauguration ceremony in Dhaka of the country's first lesbian comic character "Dhee" as part of a campaign to raise awareness on September 5, 2015 (AFP Photo/Munir Uz Zaman)

Bangladesh's first comic strip featuring a young lesbian discovering her sexuality has been launched in the capital to raise awareness of the plight of gays in the conservative Muslim-majority nation.

Boys of Bangladesh, the country's largest gay rights group, organised the launch on Saturday night of "Dhee", the Bengali word for intellect or wisdom.

"By creating Dhee, we want to shape perception of LGBT (lesbian, gay, bisexual and transgender) people, because we should be free to choose whom to love," Mehnaz Khan, one of the four content developers of the comic, told AFP.

"It's about carrying the message to all."

Gays and lesbians suffer discrimination and worse in Bangladesh where homosexuality is a crime punishable by a maximum life term, although prosecutions are rare.

The comic, to be handed out at gay rights seminars and other events, tells the story of Dhee, a girl who is attracted to other girls and falls in love.

Facing intense pressure to conform, Dhee mulls her enormous challenges and asks readers whether she should consider suicide, marry a man to please her family, flee the country, or stay and follow her heart.

Several hundred people attended the launch at the British Council in Dhaka, although entry was carefully scrutinised in case of protests by conservative hardliners.

"We hope to take such events outdoors next time as we don't want to live our lives indoors and in secret," prominent social activist Khushi Kabir said.

Many gays and lesbians are forced to hide their sexual identity and live double lives for fear of reprisals in the deeply conservative country where 90 percent of the population is Muslim.

But in recent years, Bangladesh's young gay men have become increasingly assertive of their rights and have held low-key pride marches at the last two Bengali new year festivals.

Last year, the first magazine for homosexuals was launched with little opposition.