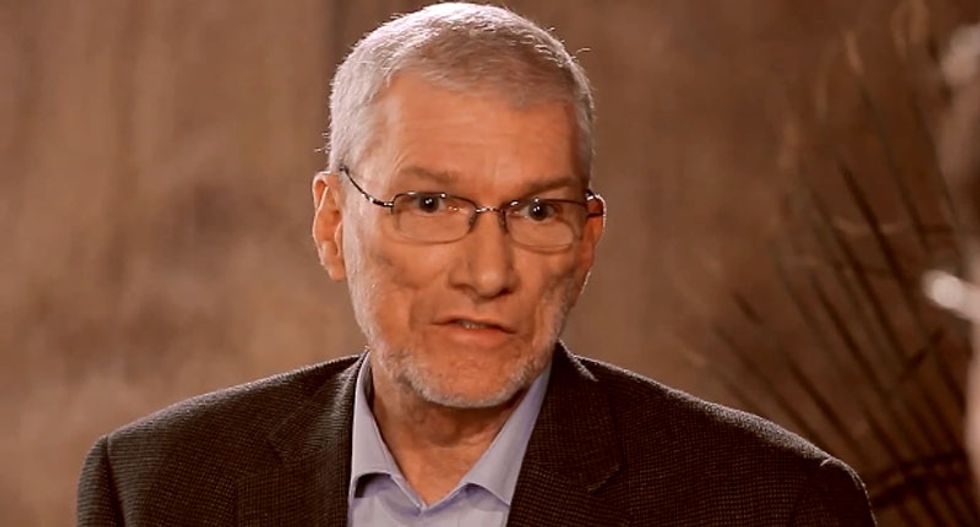 Answers in Genesis founder Ken Ham argued over the weekend that the church was losing younger members because they have been "contaminated" by learning about science in public schools.

In a post on his Answers in Genesis blog, the creationist warned that Millennials would "fundamentally change the culture and the church" if they did not turn away from secularism.

"I believe this is a huge warning sign to the church. When a generation no longer builds its worldview on the foundation of the absolute authority of God’s Word, the new generation begins to question everything it says, including its morality," Hamm opined, lamenting that many young Christians "also believe science has disproved the book of Genesis and that the Flood did not occur during Noah’s day."

"Doubting Genesis has had horrendous consequences," he lamented. "It should come as no surprise that as generations are trained to disbelieve the Bible’s account of origins, they also increasingly doubt the rest of the Bible. That’s a part of the greater Satanic strategy that had its origin in the Garden of Eden."

According to Ham, acceptance of same-sex marriage was a "direct result" of doubting the Bible's creation story.

"It is the big 'elephant in the room' that most Christian leaders refuse to acknowledge. Or worse, they endorse compromise by accepting the evolutionary idea of millions of years," Ham opined. "In most cases, the twentysomethings said their high school teachers convinced them not to trust the Bible!"

Ham argued that the solution was to instill Christian doctrine into children by homeschooling them.

"When parents humbly start with the Word of God and build 'from the foundation up,' it makes a world of difference. Starting with the logical foundations of all the doctrine in Genesis, not trying to prove the Bible with science, but using the Bible to understand science, parents can teach children how to defend the faith by giving them answers to skeptical questions of the age," he wrote. "This is how we need to teach our children—from the time they are born until the time they leave home."