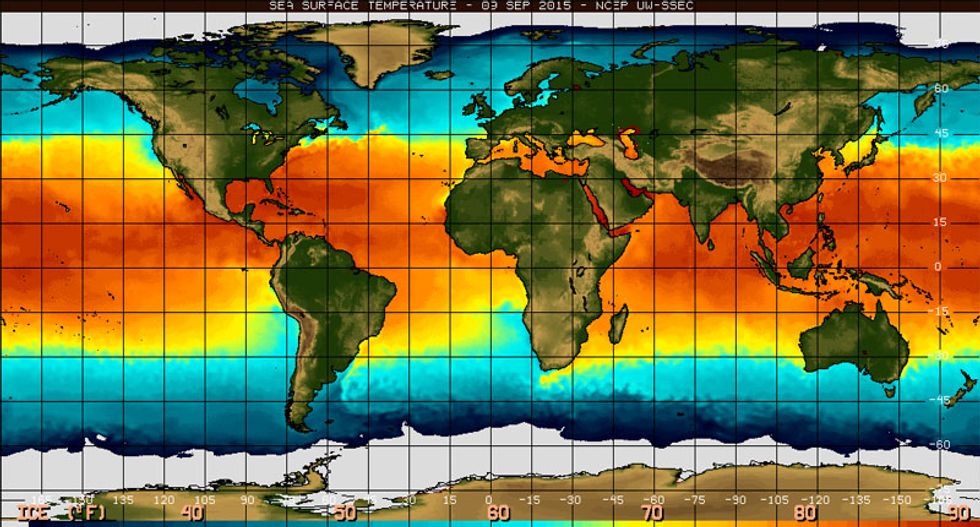 The current El Nino phenomenon, a global weather pattern known to wreak havoc every few years, should last until spring and likely become one of the strongest on record, forecasters said Thursday.

That expected strength makes El Nino likely to peak in late fall or early winter and bring more precipitation than normal to the drought-stricken southwestern United States, the US Climate Prediction Center said.

"At this point it could be one of the three strongest El Ninos we have seen," Mike Halpert, deputy director of the center, told reporters.

Between June and August, average sea surface temperatures in affected regions were the third-warmest since record keeping began, the center said, behind 1987 and 1997.

"In any measure, 1997 was still stronger than we are seeing right now," said Halpert.

Forecasters placed the likelihood at 95 percent that this El Nino, in which warmer Pacific waters cause changes to global weather circulation, will last until spring.

And it placed the likelihood that the southwestern US states will see much-needed wetter-than-normal winters between 33 and 60 percent, depending on region.

But Halpert said the most reliable prediction they have regarding El Nino's impacts is that the Gulf of Mexico and bordering regions will have a wetter than normal winter.

"At this point we have fairly high probability for that," he said.

It is also expected to contribute to warmer than average temperatures in Alaska, Canada, and the northern, western and central United States.

Halpert noted that savings on heating bills would be welcome in places like North Dakota.

"El Nino actually is good for some parts of the country," he said. "They have done studies showing the US is one of the big winners economically regarding El Nino."

Due to its associated changes in sea surface temperatures, El Nino is expected to contribute to a below-normal hurricane season in the Atlantic and above-normal in the central and eastern Pacific.