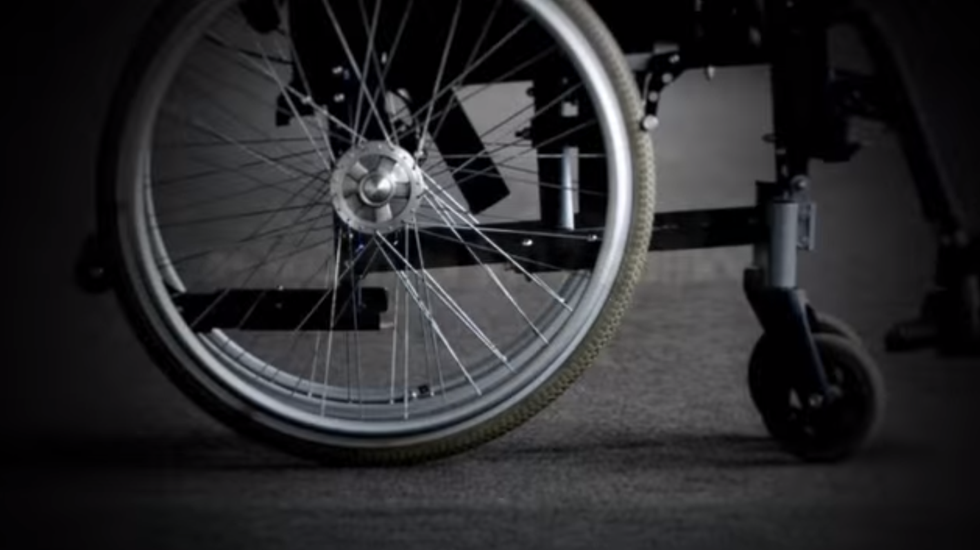 Wheelchair image from the ad (Screencap)

Jack Markell met Jeremy McDole’s family, who said black 28-year-old was not carrying gun despite police saying Friday they had found one next to his body

The governor of Delaware has described cellphone video footage of a man in a wheelchair being shot dead by police as “deeply troubling” as campaigners called for a special prosecutor to consider the case.

Governor Jack Markell made the remarks on Friday after meeting the family of Jeremy McDole, a 28-year-old black man whose fatal shooting by Wilmington police officers on Wednesday was filmed in graphic detail by a bystander.

“The cellphone video footage of the officer-involved shooting in Wilmington on Wednesday shows Jeremy McDole being shot to death – it is deeply troubling to watch,” Markell said in a statement to the Guardian.

Anger about McDole’s death grew among relatives and activists on Friday after police announced they had found a handgun at his side following the shooting. Officers were responding to a 911 call reporting that McDole had shot himself. The video footage showed McDole shuffling in his chair and moving his hands while officers ordered him several times to put his hands up.

The shooting is being investigated by officials from the Delaware Department of Justice’s Office of Civil Rights and Public Trust in addition to a separate Wilmington Police Department inquiry. But the National Association for the Advancement of Colored People (NAACP) said a special prosecutor was needed to ensure an impartial investigation.

“There’s been so many shootings, and every time it comes out it was a justified shooting. We cannot continue having all our folks being shot and nobody held accountable,” Richard Smith, the head of the NAACP’s Delaware chapter, told the AP. “Every time there was a shooting, it came back justified shooting. Everything can’t be justified.”

Police on Friday declined to identify the police officers involved. They said three of the officers were white and one was Hispanic. All four were placed on administrative leave.

Relatives on Friday insisted to reporters that McDole, who was paralysed from the waist down after being shot in back 10 years ago, was not carrying a gun. But police said a .38-calibre pistol was discovered after the officers’ shots were fired.

Markell said in his statement that he met McDole’s relatives “to offer my sincere condolences for their loss” and that he attended a vigil for the 28-year-old.

“The vigil was peaceful and sombre, arranged by a community in mourning,” said Markell. “I am grateful the attorney general’s office has taken swift action to review the details of the case and await the results of its investigation.”