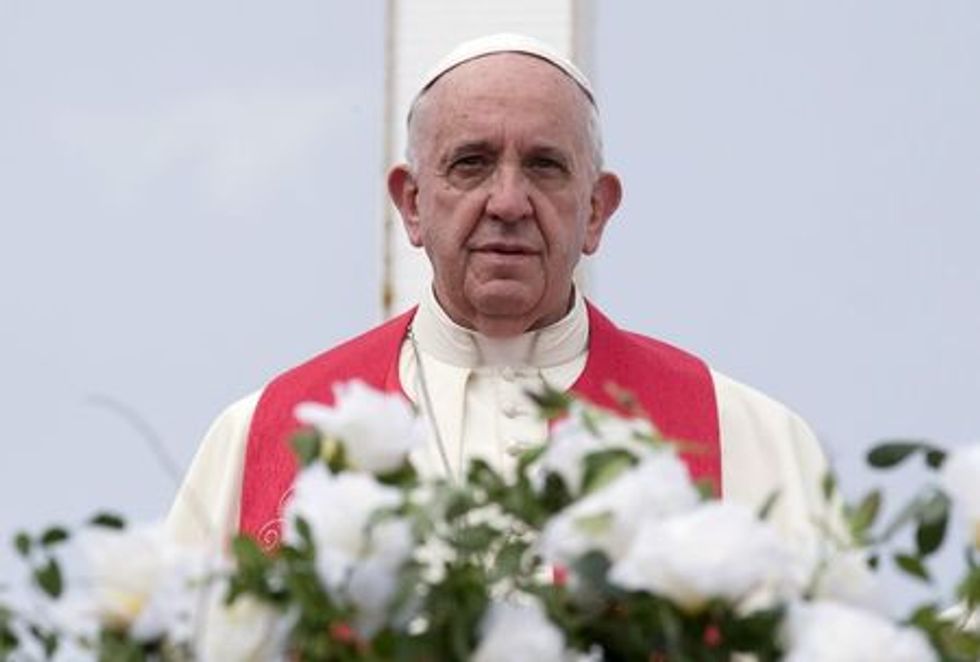 Pope Francis looks out from the Hill of the Cross in Holguin, Cuba, September 21, 2015. REUTERS/Alessandra Tarantino/Pool

A narrow majority of Americans have a positive view of Pope Francis, who makes his first visit to the United States this week, with more than one of four neutral on the Roman Catholic pontiff, according to a poll released on Monday.

Some 51 percent of respondents to an MSNBC/Telemundo/Marist poll said they had a positive view of the Argentina-born leader of the world's 1.2 billion-member Catholic Church. Just 9 percent reported a negative view of the pope, with 27 percent of the 1,689 adults polled Aug. 26 through Sept. 9 saying they had a neutral view on him.

The pope has attracted attention for his statements on climate change and the excess of capitalism, topics he is expected to address during his six-day visit to the United States, which begins in Washington on Tuesday and will feature addresses to Congress and the United Nations General Assembly and end with an open-air mass in Philadelphia that is expected to draw some 1.5 million attendees.

Some 49 percent of poll respondents said they wanted to hear Francis address social and economic issues, while 36 percent said he should focus on religion and faith. The poll had a margin of error of 2.4 percent.

His comments on climate change have proven controversial with some of the Republican contenders for the White House, with former Florida Governor Jeb Bush, who is Catholic, saying the pope should stick to theology.