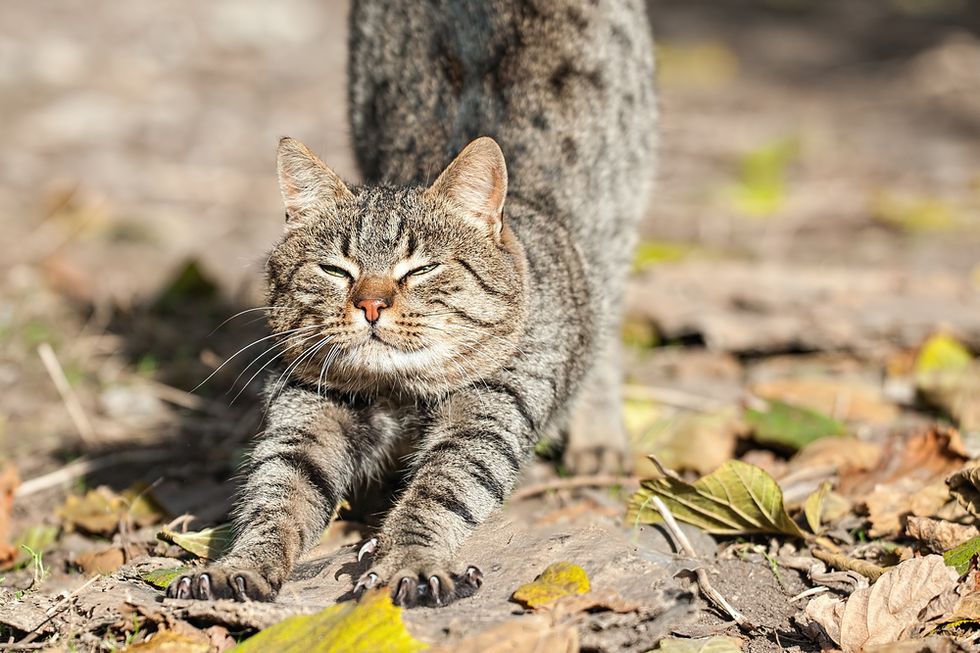 The latest yoga trend is not a fresh arrival from some neroli-scented studio in Brooklyn or Hollywood, but actually from a group that meets in a church in Lafayette, Louisiana.

According to KLFY News, every other Tuesday at the Jerusalem Christian Church a class is meeting that will provide you with everything you need for a beginner-level session in this new yoga technique: a mat, room to move, a good teacher...and cats.

Lafayette Animal Aid and the church are offering classes in "Cat Yoga" in hopes that participants will take the cats as inspiration for stretching and breathing and a sense of play. Participants can also enjoy the pleasant sense of relaxation that accompanies the physiological changes brought on when humans interact with animals like lowered blood pressure and decreased levels of mental and emotional stress.

“Lots of churches feed the homeless, which is wonderful and great,” Sherard told KLFY. “But we felt like doing something for the animals in God’s creation was the way to go. And so that’s what kind of brought this on.”

Each class features a different group of cats, who laze around the room or play as Sherard leads the group through a series of gentle yoga poses.

“Sometimes they’re little, tiny kittens like this,” said Nichole Wilson of Lafayette Animal Aid. “Other times they’re teenage cats or older adult cats that do really well in a public setting like this.”

This past Tuesday's class featured a pair of ginger kittens who spent the whole session chasing each other around the room.

“These must be Zumba kitties, not yoga kitties,” said Sherard as they tore from one end of the classroom to the other.

Adoption applications and donations to the animal shelter are accepted, but the point of introducing the animals to the class setting is not necessarily to find them homes, Wilson said.

Some class participants said that the cats function as added incentive to get out of the house and go to yoga class.

“I love the anticipation of whether a cat is going to come sniff me while I’m doing yoga,” said class member Amanda Stelly. “I sometimes try to do yoga, but this really gets me out of the house and makes me do it because the cats are so alluring.”