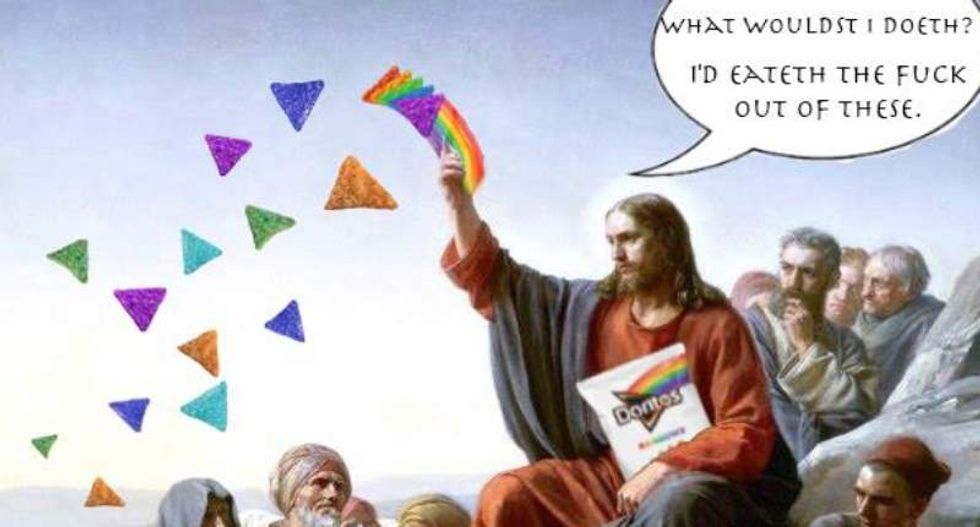 Mike Melgaard, who trolled conservatives last month by posing as a customer service account for Target, was up to his old tricks on Friday, this time going after disgruntled anti-gay Doritos fans.

Melgaard posted a gallery of his encounters under the fake Facebook account, "DoritosForHelp," which he used to mock other users upset with the company for releasing the Rainbow chips line.

The chips can be purchased by making a $10 donation to the It Gets Better project, which was created to help steer LGBT teens away from committing suicide.

Last month, Melgaard succeeded in getting other conservative users' skins by posing as a Target account following that company's decision to stop separating its toy aisles according to gender. A sampling of his posts from Friday can be seen below: 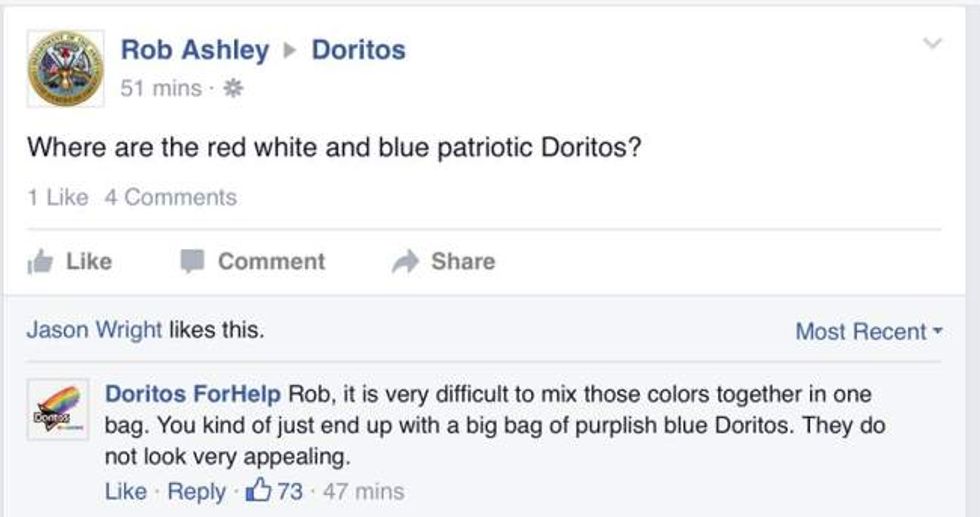 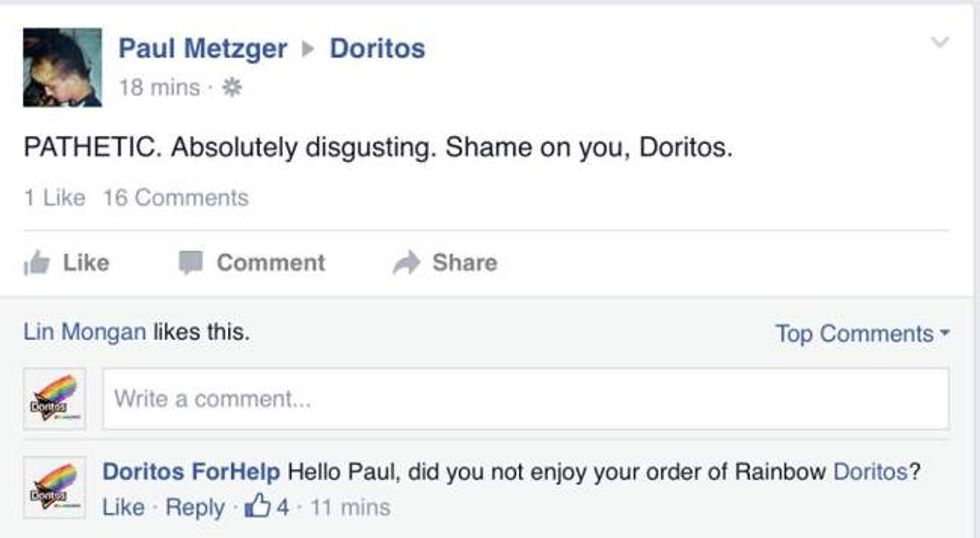 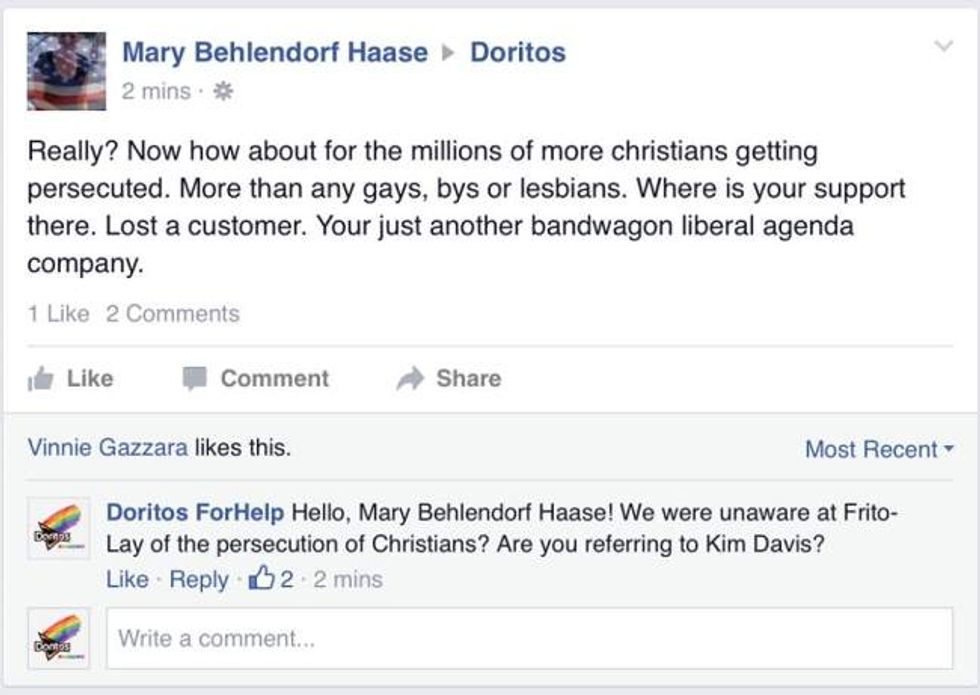 In one instance, Melgaard went up against a self-identified pastor who opposed the company's move: 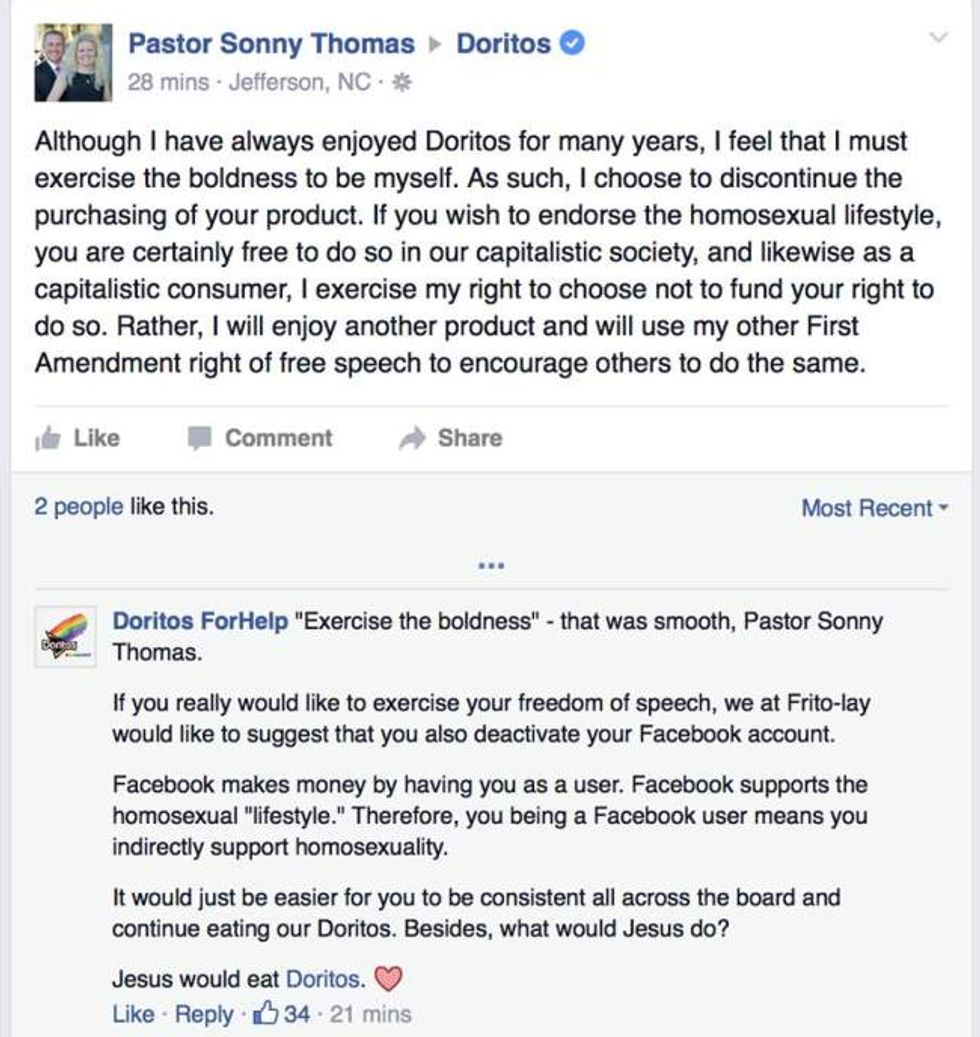 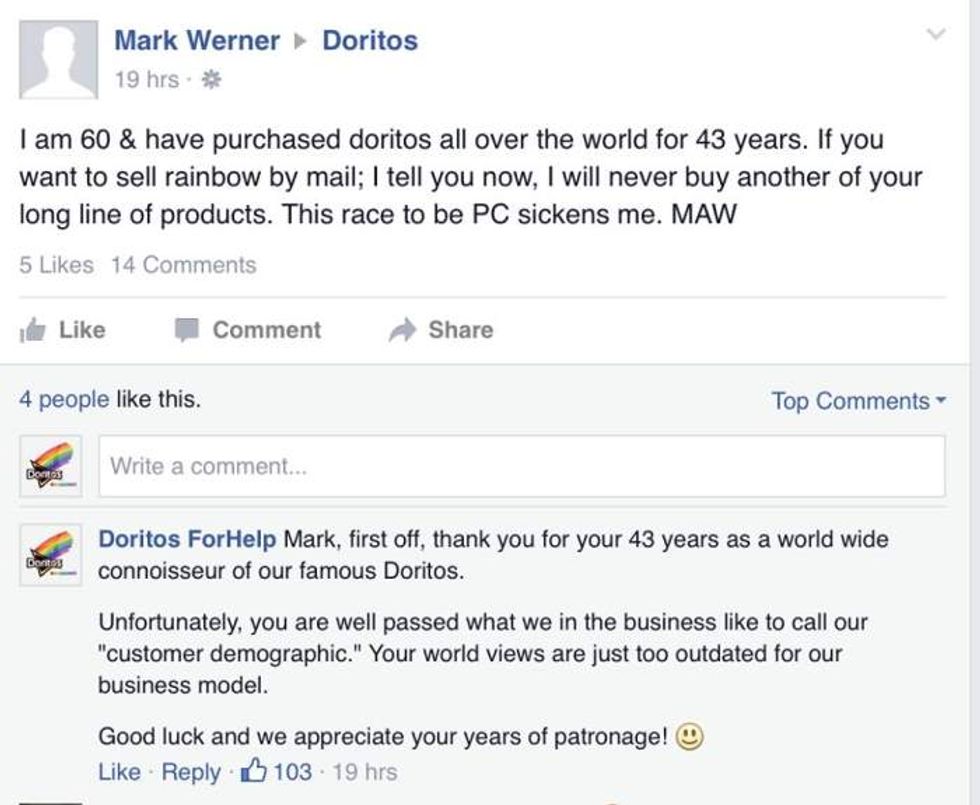 Melgaard concluded his efforts on Friday by posting this picture alongside the caption, "A final ending to an afternoon of fun. Hope you all enjoyed!" 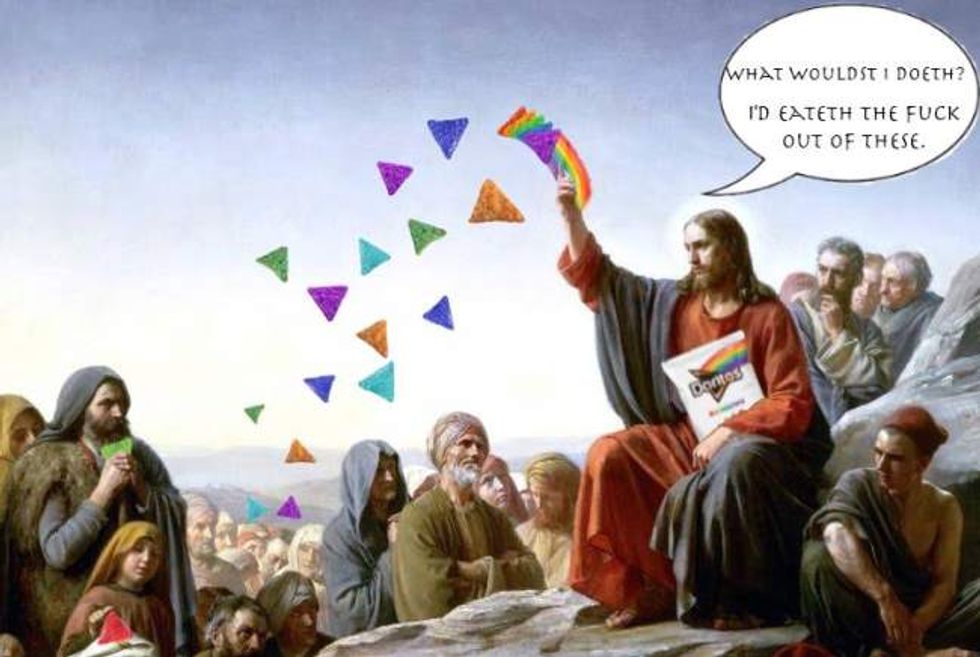