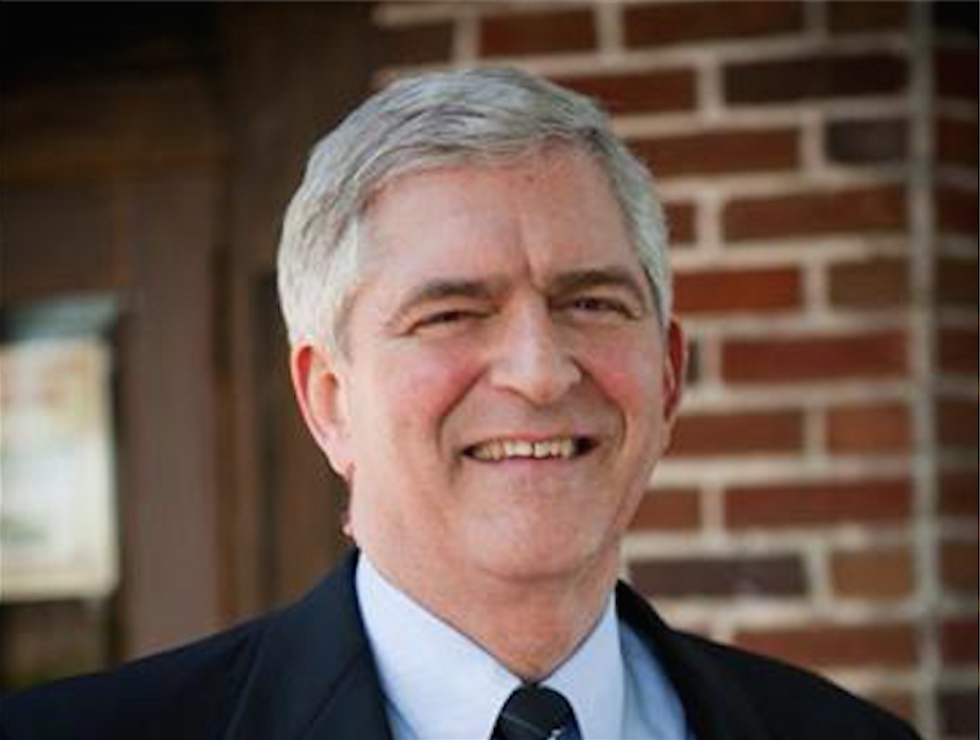 While the conventional wisdom regarding who will assume the mantle of House Speaker when Rep. John Boehner (R-OH) steps down seems to be coalescing around Rep. Kevin McCarthy (R-CA), the far-right faction has its own candidate in mind.

Right Wing Watch reported Monday that the Freedom Caucus and other right-wing Republicans in the House are pinning their hopes on Rep. Daniel Webster (R-FL), an evangelical Christian with ties to the same ministry as the scandal-plagued Duggar family.

However, she said, "Webster has aligned himself with an organization that espouses an orientation to the Bible and its role in civil society that is certainly relevant to his campaign for public office" in that he is a follower of Bill Gothard and his Institute of Basic Life Principles (IBLP), which prescribes strict rules for the sexes and urges women to be submissive to their male family members in all things.

"[S]ubmission is a central tenet of Gothard's teachings. His evangelical critics have described the insular world of Gothard's organization as "a culture of fear" and Gothard's teachings as a "parody of patriarchalism," the "basest form of male chauvinism I have ever heard in a Christian context," and "anti-woman." The core of Gothard's authoritarian teachings is a chain of command of spiritual authority from God to the husband and father, who is responsible for seeing to his wife's and children's obedience in order to ensure their eternal salvation.

The Duggar family are followers of the IBLP and Gothard's teachings, which place the blame for inappropriate male sexual behavior on women for not meeting the men's needs properly, for tempting them unduly and for being the vessels through which evil enters the world.

Webster has a highly unusual belief system in which he prays to the Christian God to erect a "hedge of thorns" around him for protection. To this end, he observes a number of rituals, including never sleeping late, never watching television in hotel rooms and engaging in multiple prayer sessions per day.

“(T)hat hedge of thorns has protected me all these years,” said Webster in a video for Gothard's organization.

Webster's son John is married to Alyssa Bates, a daughter of a so-called Quiverfull family like the Duggars. Alyssa Bates Webster is one of 19 children. Her family was featured in two TLC shows, "United Bates of America" and "The Bates Family: Baby Makes 19" in 2012.