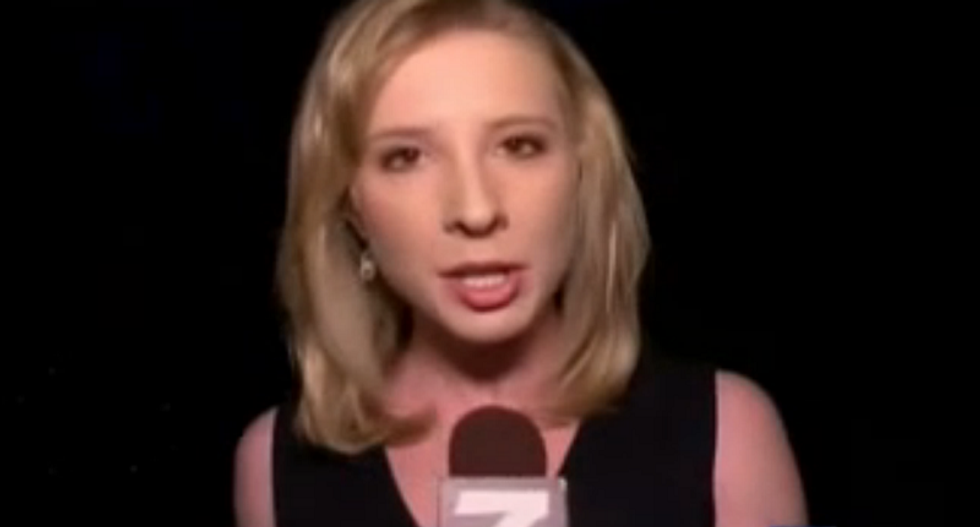 The father of a Virginia television journalist who was shot dead during a live broadcast last month took to the steps of the U.S. Capitol on Thursday to call on Congress to act on gun violence.

"After my daughter Alison was tragically killed two weeks ago, I said on national television that we have to do whatever it takes to fix this country's gun violence problem," said Parker, whose 24-year-old daughter was targeted along with cameraman Adam Ward, 27, by a former employee of the CBS affiliate where they worked, WBGJ7.

Warner and Kaine, both Democrats, called for expanded national requirements for background checks for gun buyers.

"The gun laws in our country have done little to stem senseless gun violence," Kaine said. "We have the power to make critical improvements, through universal background checks and other commonsense legislation, that will make it less likely that dangerous individuals will get a weapon in their hands and use it against others."

The gunman in the Aug. 26 attack at Smith Mountain Lake in southwest Virginia, Vester Flanagan, fired 17 rounds from a legally purchased .40-caliber Glock pistol. He also wounded local Chamber of Commerce official Vicki Gardner, who was released from the hospital on Tuesday.

Flanagan, 41, shot himself as police pursued him on a Virginia highway and died at a hospital. In a fax to ABC News the day of the shooting, Flanagan, who was black, called himself a "powder keg" of anger over what he saw as racial discrimination. Parker and Ward were white.

Other high-profile shooting incidents, including the 2012 massacre of 26 young children and educators at a Connecticut elementary school, have prompted similar calls, but no new national regulations on gun ownership have materialized.

Gun-rights proponents, including the powerful Virginia-based National Rifle Association, have resisted these moves. They note the U.S. Constitution's Second Amendment protects the right to bear arms and argue that officials should do more to enforce existing gun laws rather than trying to pass new ones.

"No amount of gun control would have stopped the suspect in the Roanoke shooting," said Dudley Brown, president of the Virginia-based National Association of Gun Rights.