From Cat People to Cheese Men: Here are the 7 creepiest dream sequence characters on TV 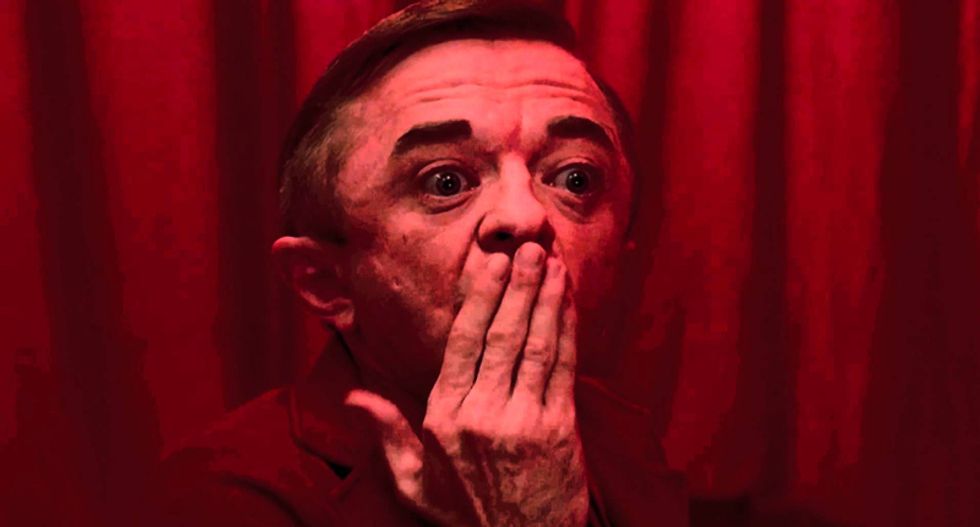 Television has no shortage of surreal dream sequences (seriously, did you watch the second season of True Detective?), and among them are some pretty freaky characters that we’re glad aren’t messing around in our heads. From dwarves to serial killers to cat people, we plucked some of the most memorable faces from TV dreams.

The season four finale of Buffy the Vampire Slayer takes place entirely inside the main characters’ dreams, where a person called The Cheese Man — literally just a man with a plate of cheese slices — makes appearances in each of their reveries. Although the entire episode is filled with symbolism and foreshadowing, Buffy creator Joss Whedon insists The Cheese Man serves no meaning, though that hasn’t stopped fans from trying to interpret him anyway.

One of the most memorable foes for the Time Lord was the Dream Lord, a surreal manifestation from The Doctor’s psyche who could manipulate people’s dreams and make them unsure whether they were in the real world or not. Played comically yet darkly by Toby Jones, the Dream Lord forces The Doctor and his gang to travel through multiple dreamlike realities and figure out which one is real in order to survive.

Somehow, Cartoon Network got away with airing this horrifying kiddie cartoon about a pink dog named Courage who’s visited by a number of demonic monsters and killers. It’s almost universally agreed by people with scarred childhoods that the fetus-looking Blue Creature, who appears briefly in one of Courage’s nightmares and scolds him for not being a perfect dog, is the most chilling of all. He’s only on for 10 seconds, but it’s a 10 seconds you’ll wish you could forget.

One of The Twilight Zone’s earliest episodes, “Perchance to Dream,” follows a man named Edward who worries that, if he goes to sleep, he’ll be killed by a monster in his dreams. Very Freddy Krueger-like, no? But the monster here, written nearly 25 years before A Nightmare on Elm Street, is Maya the Cat Girl, a sexy, mysterious circus dancer who tries to murder Edward in the carnival of his nightmares.

The more blatant ripoff of Freddy Krueger is Scary Terry, who appears in Rick and Morty as a serial killer chasing the titular characters throughout various people’s dreams. Scary Terry frequently calls people “bitch” as he chases after them, and even dresses like Krueger, right down to the burned-off face. But unlike Krueger, Scary Terry has miniature swords for fingers rather than knives. Let’s call this homage, not a barely skirted ripoff. 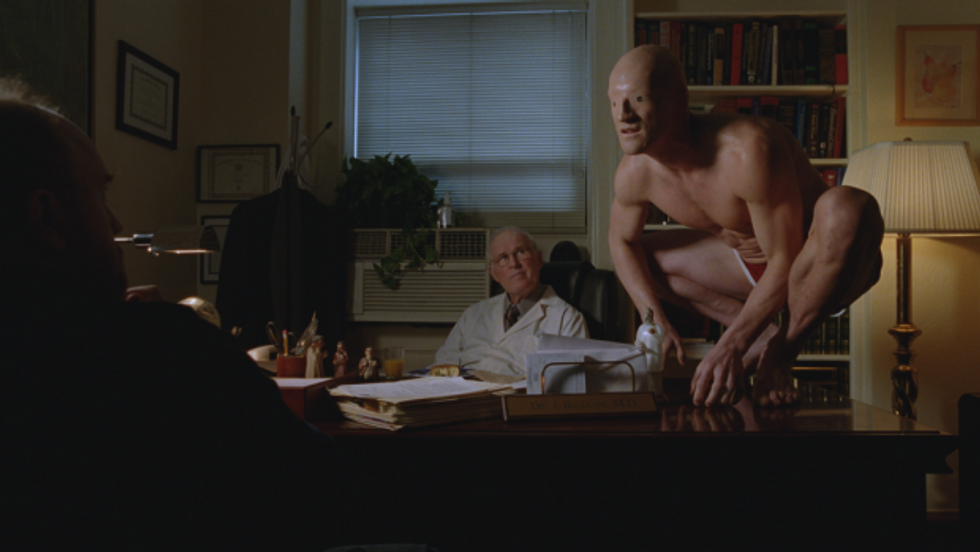 Louie, one of the best comedies on TV, isn’t exactly known for its contributions to the horror genre. That changed with “Untitled” from the most recent season, where Louie is haunted by a series of disturbing nightmare characters — among them, a naked, faceless man who keeps appearing throughout the episode. Louie’s entire struggle with sleep and dreams proved that the show could be just as enigmatic and scary as it is hilarious.

7. The Man from Another Place, Twin Peaks

In our rant against dream sequence cliches, we specifically cited dwarves and little people as an egregious offense. But we also gave a pass to The Man From Another Place, perhaps the most famous TV dream character of all-time. He was even referenced on The Simpsons. TMFAP is a mysterious dancing dwarf who appears in Dale Cooper’s dream and provides puzzling clues to help solve Laura Palmer’s murder. Speaking in backward tongue, every word that comes out of his mouth has a haunting ring to it — as do his killer dance moves.