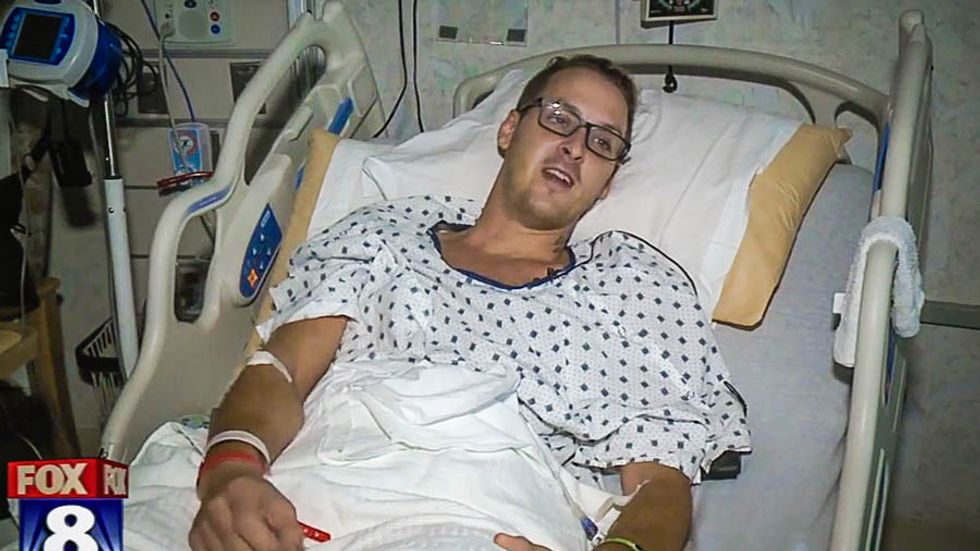 An Ohio man was left with bleeding in his brain and hearing loss after witnesses said that someone yelling anti-gay slurs was seen beating him.

Matthew Jarrell, 34, told WJW that he was leaving Bounce Nightclub in Cleveland on Tuesday night when someone attacked him.

"This guy that was staring out my group of friends all night, looked at me and called me a faggot and punched me in the face," Jarrell recalled, adding that he believed that the man had targeted him for being gay.

Jarrell said that he did not have a clear memory of what happened after he was punched.

"I guess after he hit me in the face, I fell and my head hit the curb. And I don't really remember much after that," he explained. "They said that he was kicking me in the head and yelling slurs at me while I was on the ground."

"I'm still in shock that happened and that things like this are still happening in the world that we live in."

Jarrell woke up at MetroHealth Medical Center so confused that he told staff that he was in Chicago.

“I have 80 percent hearing loss in my right ear. I have swelling and bleeding in the back of my brain with multiple abrasions,” he noted.

Although police had released the name of a suspect, WJW declined to identify the man "because he has not been charged and there is no warrant out for his arrest."