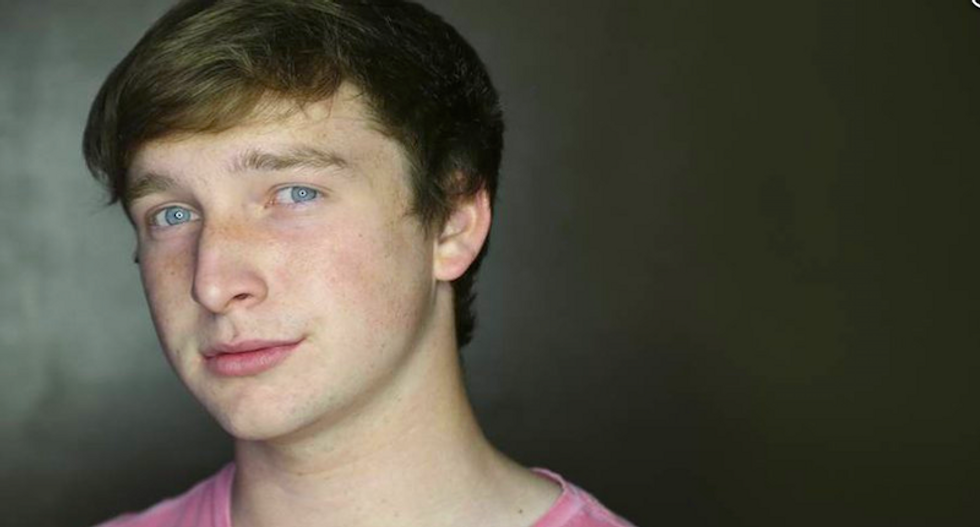 A gay Tennessee high school student who launched an unsuccessful petition to bring his male date to homecoming has been suspended, Towleroad reports.

Lance Sanderson wanted to take a boy from another school to the dance at his Catholic prep school, all-male Christian Brothers High School, but administrators wouldn't allow him to. Sanderson had people sign a petition in hopes of changing their minds. They did not, and Sanderson stayed home on homecoming night.

As if that isn't bad enough, Sanderson told reporters he showed up for classes Monday only to learn that he was being suspended for a week. The reason? Sanderson had brought the school unwanted publicity, NewsNowNext reports.

"I am disappointed that I am unable to sit in class today,” Sanderson told NewsNowNext. “While many assignments can be reached online, I was going to take two tests today and an in class timed essay. Tomorrow at CBHS, I was going to meet with admissions representatives from around the country (they do not visit often). I hope to be welcomed back into a classroom setting soon.”

He sent a letter to his school administrators pointing out that he hasn't done anything wrong and he was hurt by being excluded from school.

Sanderson's case has attracted widespread attention and prompted school alumni to rally in support of him over the weekend, WREG reports.

Sanderson said the school drafted a rule barring boys from outside schools attending dances in response to his plans to bring a same-sex date to the dance.

"When I arrived at the office I was told that the administration 'had 890 other students to worry about' and could not deal with me. I was told to go home for the week. I said goodbye to a few teachers and students, then drove home," Sanderson wrote in a letter to school administrators. "I want to be welcomed back to the school building today and I want this mean-spirited semi-suspension ended, so that I can do my classwork like anybody else."