'Go back to your country, Bin Laden': Elderly Sikh severely beaten ahead of 9/11 anniversary 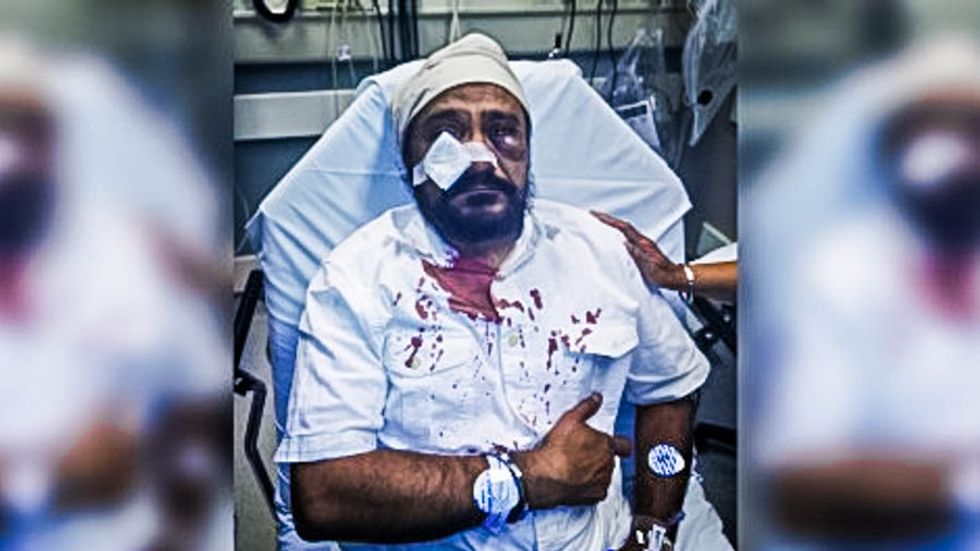 Police in Chicago's Darien suburb said that they were investigating a possible hate crime after an elderly Sikh American was assaulted by a man, who referred to him as a "terrorist" and "Bin Laden."

Just days before the anniversary of the Sept. 11 terrorist attacks, Inderjit Singh Mukker said that he was driving to the grocery store when a man repeatedly cut him off, according to The Hindu.

Mukker pulled over to the side of the road to let the man go around him. But instead, the man stopped, reached into Mukker's car and began punching him. Mukker lost consciousness, and "suffered a fractured cheekbone and lacerations to his cheek," a statement from the Sikh Coalition explained.

After being transported to the hospital, Mukker recalled that the man yelled “Terrorist, go back to your country, Bin Laden!” and other racial slurs.

“No American should be afraid to practice their faith in our country,” Mukker observed. “I’m thankful for the swift response of authorities to apprehend the individual, but without this being fully investigated as a hate crime, we risk ignoring the horrific pattern of intolerance, abuse and violence that Sikhs and other minority communities in this country continue to face.”

Watch the video below from NBC Chicago, broadcast Sept. 9, 2015.