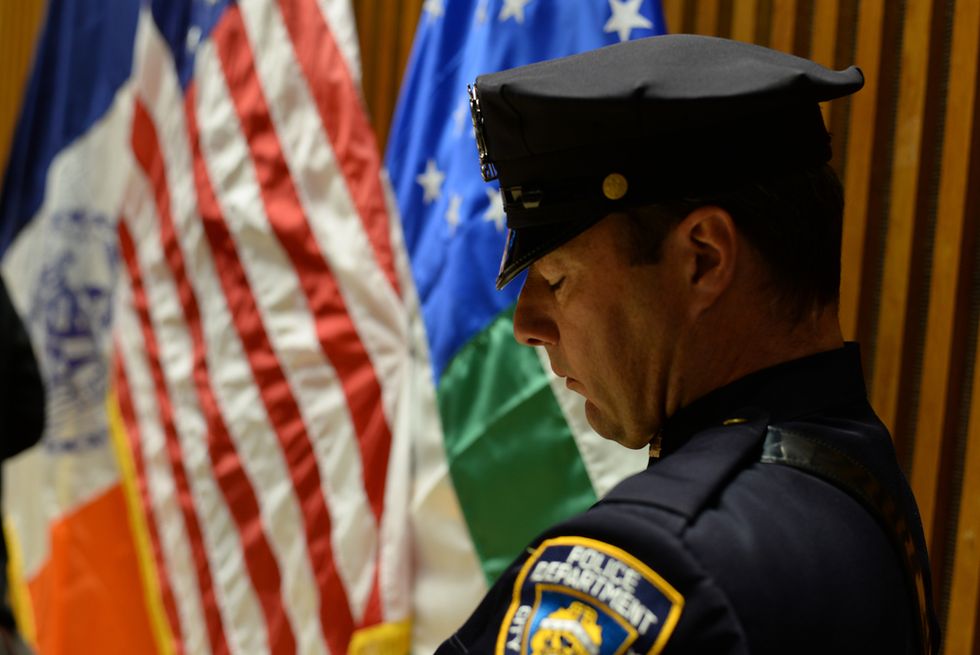 An Iraq War veteran who joined the police force said that the police academy where he studied in "a northern red state" is in full-on panic mode over the supposed "War on Cops," in spite of the fact that U.S. rates of violence against police are on the decline.

Writing for the Daily Beast under the pseudonym Clayton Jenkins, the ex-soldier said that his instructors frequently parroted the Fox News narrative that police officers are under siege, "dying left and right" at the hands of Black Lives Matter activists and criminal thugs.

"You may have heard it on talk radio, seen it on Fox News or even read it in The New York Post, but now the rhetoric of charlatans has reached me in class at my police academy in a northern red state," wrote Jenkins.

"The War on Cops is a grossly inaccurate response to recent police killings which are on track for another year that will rival the safest on record. Gunfire deaths by police officers are down 27 percent this year, according to the Officer Down memorial page, and police killings in general are at a 20-year low, given current numbers for 2015. Police deaths in Barack Obama’s presidency are lower than the past four administrations, going all the way back to Ronald Reagan’s presidency," he said.

Nonetheless, one instructor recently responded to President Barack Obama's visit to Alaska by saying, "The Obama Administration and Eric Holder are undermining the police. We have officers dying left and right and he’s dicking off in Alaska."

The issue of police brutality, he wrote, is seldom addressed if it comes up at all.

"Our instructor is likely trying to warn us to take heed of the dangers of the job, and not expect to be thanked by politicians for doing it. But he has made the government and the people we’re meant to serve out to be boogeymen in the process," said Jenkins.

"I understand as a law enforcement professional—and as someone capable of fairly reading mountains of data—that the Drug War has been unfairly used as a tool of oppression against the black community. It is why the American public overall has shown they have less confidence in police in recent times."

He concluded, "But there is no War on Police. This Us vs. Them mentality still prevails even in fresh academy cadets. Perhaps some of these people will become future jackbooted, truncheon wielding oppressors. Or perhaps they will encounter the reality that betrays the fear they are taught."

Republicans and right-leaning news agencies like Fox News have lashed out at activists in the Black Lives Matter movement, accusing them of ramping up hostilities against police in the wake of high-profile police killings of unarmed black citizens.  However, there is no established link between the BLM movement and violence against peace officers.