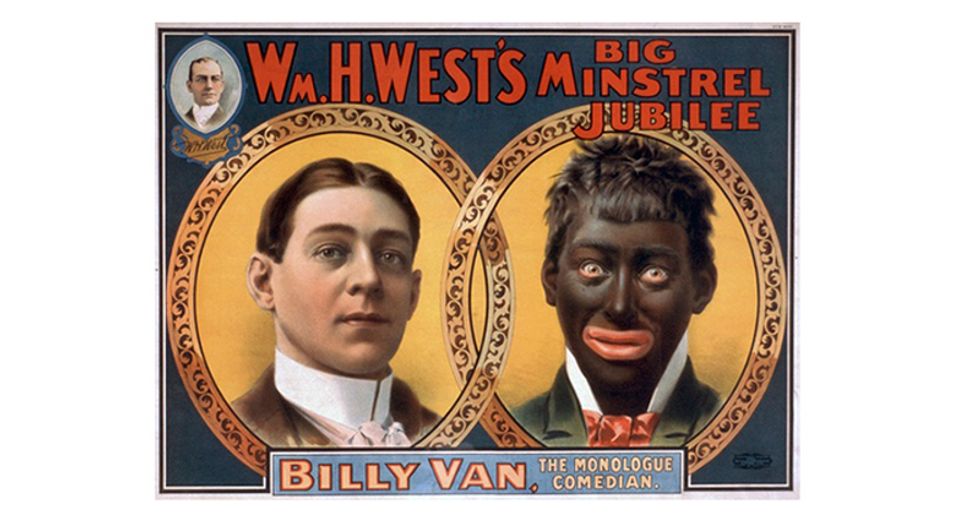 This week, the Metropolitan Opera ended its long-standing practice of having singers who play the ‘Moor’ Othello in Verdi’s opera Otello (Latvian tenor Aleksandrs Antonenko in this production), wear blackface, a burnt cork type of makeup to make white men appear as African-Americans or, in this case, a North African Moor. The Met is the most influential opera company in the world and perhaps its historic move will influence all opera companies to do the same and, finally, bury the disgraceful racial usage of blackface.

Aleksandrs Antonenko in the title role of Otello[/caption]

The end of blackface at the Met comes after the murder of nine innocent parishioners in a church in Charleston, South Carolina, the deaths several African Americans at the hands of white police officers and the removal of the Confederate flag in front of the South Carolina statehouse. And now the blackface makeup kits have been tossed into the garbage can at the Met.

Hopefully, an era has ended.

Aleksandrs Antonenko in the title role of Otello[/caption]

The history of blackface in American entertainment goes all the way back to the 1840s, when traveling minstrel shows became popular. The shows used all white casts. The singers would don blackface (burnt cork, greasepaint or shoe polish) and then appropriate (a wonderful word for steal) African-American songs and dances for their white show. The men would then dance across the stage, white bodies, black faces and white gloves on their now black hands (many wore wooly black wigs, too). Audiences in the 1840s, and for decades after, loved it. The movies did the same when they arrived in 1903. Film companies hired all white casts and had some of them put on blackface to play black roles. In movies, the blackface often looked crude, like someone had fallen into a puddle of mud. In The Birth of a Nation, hundreds of white actors and actresses wore blackface and portrayed blacks as fools, thugs and outright rapists.

Film producers, stage moguls and opera heads all used the same defense. They would not hire black performers because of racism and so they made white performers appear to be black. Why not?

Did people mind? Few. That was a time of ingrained racism in America and white audiences just shrugged about blackface. Black audiences raged about it but at the turn of the century nobody paid any attention to them – they were blacks and had no standing.

Blackface, like the Confederate flag, was always a sign of racism and it was not subtle, either. Blackface performers in film, and on stage, denigrated not just the African Americans, but white entertainers who became black. Blackface was always a slap in the face to blacks, but to whites in the audience, too. They were the majority in the country and they were people who could tolerate blackface? They could have protested and protested mightily, but did not.

Blackface persisted in vaudeville and was accepted in the Broadway theater world (black entertainer Bert Williams wore blackface so that he could look ‘black’) as well as in film. Black characters such as Jim Crow, Rastus, Zip Coon, Mammy, Uncle Tom, Buck, Sambo and all the Pickaninnies sadly became household names. Right up through the 1940s, there was blackface in film, topped by Bing Crosby leading the cast of Holiday Inn in the musical number ‘Abraham,’ about Abraham Lincoln.

The only roles real black actors were given were generally those of servants. One of the great lines was from Hattie McDaniel, who won an Oscar for playing Mammy in Gone with the Wind.” A few years later, asked about playing a maid’s role in a film, she said with great dignity, “I’d rather play a maid than be one.”

Blackface reared its ugly head on television in 1951 when the wildly successful blackface radio show Amos ‘n Andy debuted starring white actors Freeman Gosden and Charles Correll. The NAACP had more clout then and the organization campaigned against the show relentlessly for two years, finally convincing its sponsor. Blatz Beer, to drop its support. The show soon went off the air.

From time to time, in movies, television and cartoons, there has been some blackface but far fewer incidents than in previous decades. Who needs blackface anyway? The country has thousands of gifted black entertainers, Hispanic entertainers and Asian entertainers who are happy to play themselves. The rest of America is happy to appreciate their work and cheer them on.

Whenever someone wears blackface, such as Dancing with the Stars alum Julianne Hough, who donned blackface and braided her hair as a pickaninny at a 2013 Halloween party to appear to be recent Emmy award winner Uzo Aduba’s character Crazy Eyes in Orange Is the New Black, they jeered from coast to coast. Thousands of people screamed at Kylie Jenner for appearing as a black woman in a French magazine photo shoot. A recent production of the Gilbert and Sullivan operetta The Mikado was severely criticized for having four white actors play Asians. Ted Danson was sharply chastised for appearing in blackface at a Friars Club roast way back in 1993. People will simply no longer tolerate the shameful practice and those who swim in the cesspool to do it.

In entertainment, a role is a role. In the new Broadway musical, Hamilton, an Hispanic actor plays Alexander Hamilton, black actors play James Madison and Aaron Burr and the lily-white Schuyler sisters are played by white and black actresses. Nobody cares.

It was time for the Confederate flags to be brought down and it is now time for blackface to dance and sing its way off stage, too.

This story, which first appeared at the History News Network, was written by Bruce Chadwick