Jimmy Carter says democracy is dead: You need at least $200 million to run for president of US ‘oligarchy’ 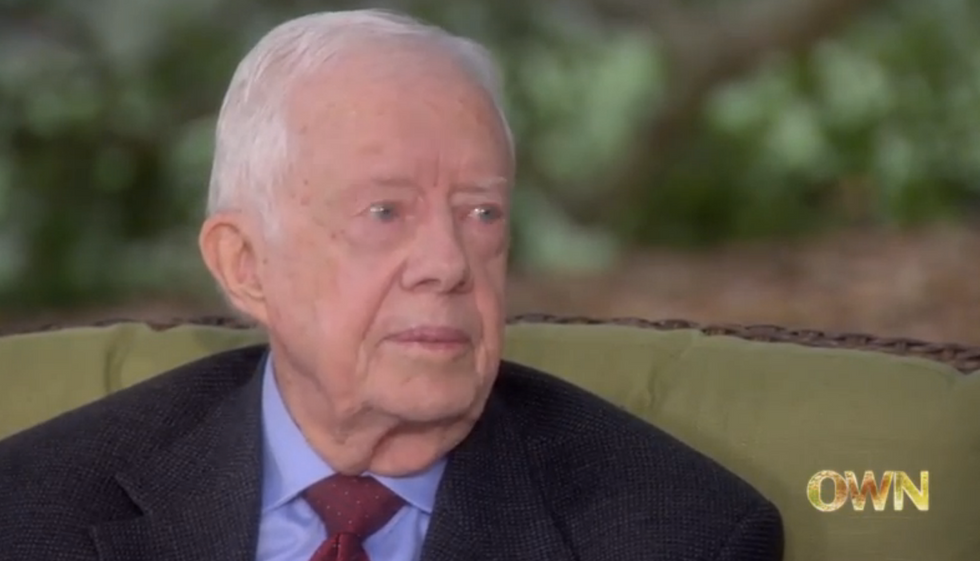 In an interview with Oprah Winfrey, former President Jimmy Carter said that the United States is an oligarchy now, not a Democracy, where the wealthy hold sway over the government.

The Daily Mail reported that the former chief executive said he would never be able to run for president today because of the immense cost involved — a minimum outlay of $200 to $300 million to run for the highest office in the land.

"There's no way now for you to get a Democratic or Republican nomination without being able to raise $200 or $300 million or more. I would not be inclined to do that, and I would not be capable of doing it," he said.

"We've become now an oligarchy instead of a democracy," he continued, "and I think that's been the worst damage to the basic moral and ethical standards to the American political system that I've ever seen in my life."

Carter -- who won a Nobel Peace Prize in 2002 -- announced earlier this summer that he is fighting liver cancer that has spread to his brain.

The Plains, Georgia, native was elected 39th president in 1976.

Watch part of the interview, embedded below: