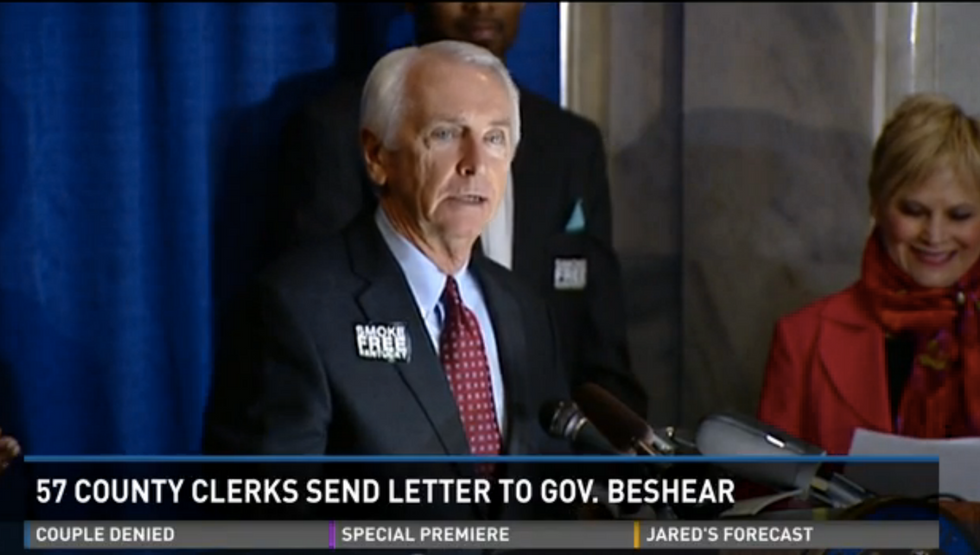 According to CNN, attorney Mat Staver and his team from religious law group the Liberty Counsel launched a fresh appeal on Sunday to have Davis released from the Carter County Detention Center, where she is being held in contempt of court for refusing to grant same-sex couples marriage licenses in accordance with state and federal law.

Beshear responded Monday night, saying that he is declining to even hear the appeal and that the issue of Davis' release is a "matter between her and the courts."

Liberty Counsel staffer Horatio Mihet said that the legal team wants Davis to be able to refuse to partake in the granting of same-sex marriage licenses, granting her special dispensation under the law not to sign those marriage certificates and to pass on the duties of providing them to other people in her office.

"We would like them to release her from jail and provide reasonable, sensible accommodation so she can do her job," said Mihet in a statement. "That would be taking her name off of marriage licenses in Rowan County and allowing her deputies to issue the licenses."