Kim Davis says in statement: 'This has never been a gay or lesbian issue. It is about marriage and God's Word.' 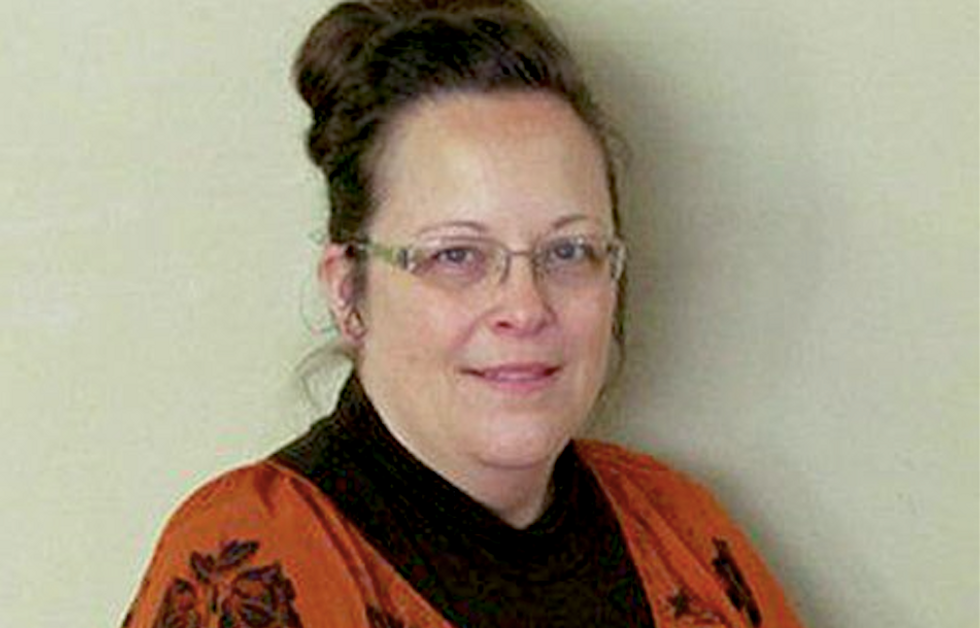 "I have worked in the Rowan County Clerk's office for 27 years as a Deputy Clerk and was honored to be elected as the Clerk in November 2014, and took office in January 2015," she said. "I love my job and the people of Rowan County. I have never lived any place other than Rowan County. Some people have said I should resign, but I have done my job well."

The U.S. Supreme Court declined on Monday to issue a stay on a court order informing Davis that she must perform her duties, step down or face legal consequences. A federal judge has ordered Davis and her staff to appear in court on Thursday morning to answer for their refusal to follow the law.

"In addition to my desire to serve the people of Rowan County, I owe my life to Jesus Christ who loves me and gave His life for me," she went on. "I am not perfect. No one is. But I am forgiven and I love my Lord and must be obedient to Him and to the Word of God."

She went on to say that she "never imagined" that a day would come when she would be forced by the law to recognize marriages that she deems unholy and illegitimate in the eyes of God.

"To issue a marriage license which conflicts with God's definition of marriage, with my name affixed to the certificate, would violate my conscience. It is not a light issue for me. It is a Heaven or Hell decision," Davis insisted.

"To me this has never been a gay or lesbian issue. It is about marriage and God's Word. It is a matter of religious liberty, which is protected under the First Amendment, the Kentucky Constitution, and in the Kentucky Religious Freedom Restoration Act."

She ended by saying that she has not deliberately sought the spotlight, but stumbled into it while following the dictates of her faith.

"I never sought to be in this position," she said, "and I would much rather not have been placed in this position. I have received death threats from people who do not know me. I harbor nothing against them. I was elected by the people to serve as the County Clerk. I intend to continue to serve the people of Rowan County, but I cannot violate my conscience."