Mike Huckabee: Dred Scott decision 'is still the law of the land' regardless of 14th Amendment 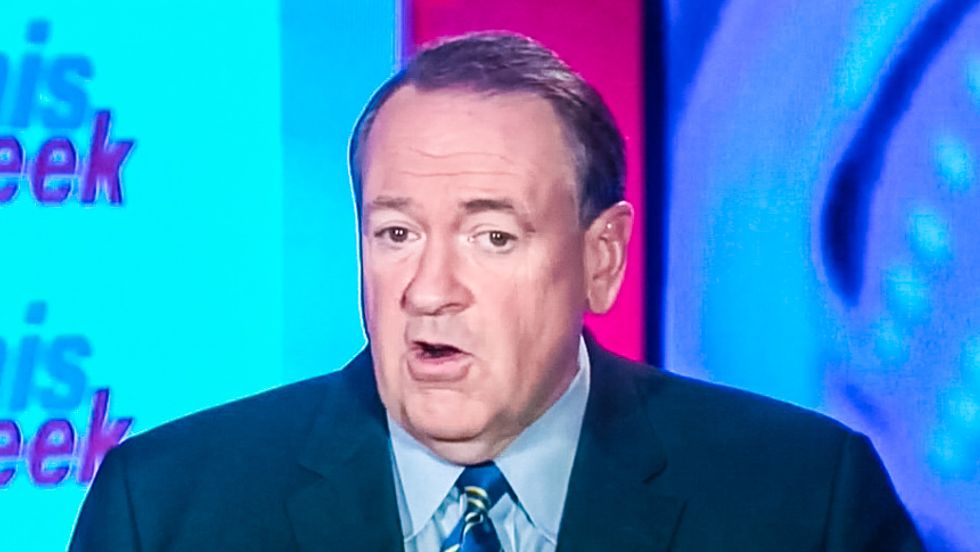 Republican presidential candidate Mike Huckabee argued on Wednesday that the 1857 Supreme Court ruling which declared that blacks did not have a right to be citizens was "still the law of the land" even though the 14th Amendment overturned it.

During an interview with radio host Michael Medved that was obtained by BuzzFeed, the former Arkansas governor complained that he had been "drilled by TV hosts" after claiming that Rowan County Clerk Kim Davis did not have an obligation to issue same-sex marriage licenses because the Supreme Court's recent decision on marriage equality was not "the law of the land" until lawmakers codified it with legislation.

Medved reminded the candidate that the 13th Amendment had overturned slavery. And as BuzzFeed's Christopher Massie noted, the 14th Amendment overturned the Dred Scott decision by establishing birthright citizenship.

Huckabee insisted that a constitutional amendment would not be required to overturn the same-sex marriage ruling because it was not valid in the first place.

“I don’t think that’s necessary,” the former governor opined. “Because, in the case of this decision, it goes back to what Jefferson said that if a decision is rendered that is not borne out by the will of the people either through their elected people and gone through the process, if you just say, it’s the law of the land because the court decided, then Jefferson said, ‘You now have surrendered to judicial tyranny.’”

“The Supreme Court in the same-sex marriage decision made a law and they made it up out of thin air," he added. "Therefore, until Congress decides to codify that and give it a statute it’s really not an operative law and that’s why what Kim Davis did was operate under not only the Kentucky Constitution which was the law under which she was elected but she’s operating under the fact that there’s no statute in her state nor at the federal level that authorizes her."