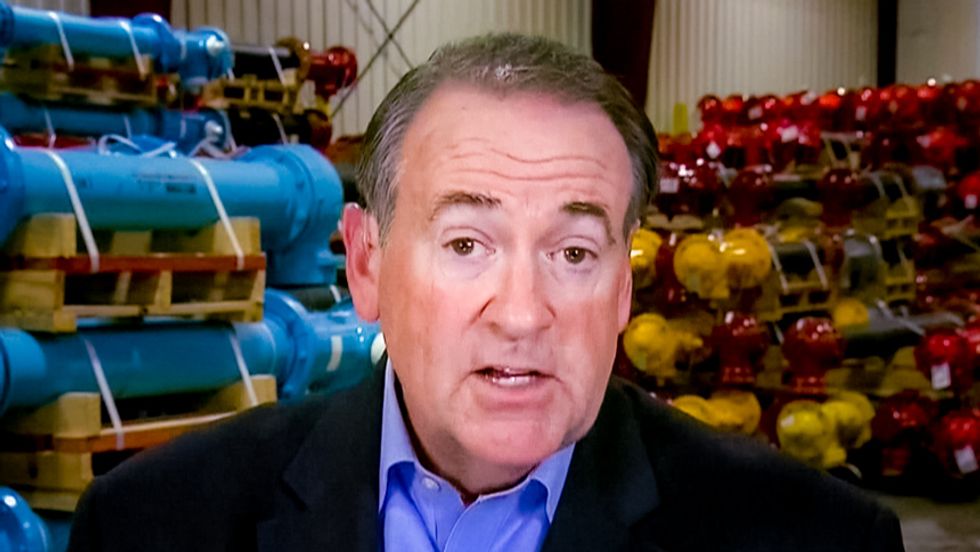 Vatican officials expressed concern last week that the pope might be photographed with LGBT activists, which they worried could be seen as an endorsement of their sexual orientation.

In a statement on Monday, Huckabee joined the Vatican by blasting the Obama administration.

"President Obama's classless decision to transform Pope Francis' visit to the White House into a politicized cattle call for gay and pro-abortion activists is an insult to millions of Catholics,” Huckabee said. “Why is it that Obama goes to extremes to accommodate Muslim terrorists but shows nothing but disdain for Christians? This is a new low for an administration that will go down as the most anti-Christian in American history."

The former Arkansas governor also took a shot at President Obama over the weekend for appointing Secretary of the Army nominee Eric Fanning, who is openly gay.

“It’s clear President Obama is more interested in appeasing America’s homosexuals than honoring America’s heroes. Veterans suicide is out-of-control and military readiness is dangerously low, yet Obama is so obsessed with pandering to liberal interest groups he’s nominated an openly gay civilian to run the Army," he declared. "Homosexuality is not a job qualification. The U.S. military is designed to keep Americans safe and complete combat missions, not conduct social experiments."