Mom buys coffee for women who insulted her to set example for 2-year-old: 'She mimics everything I do' 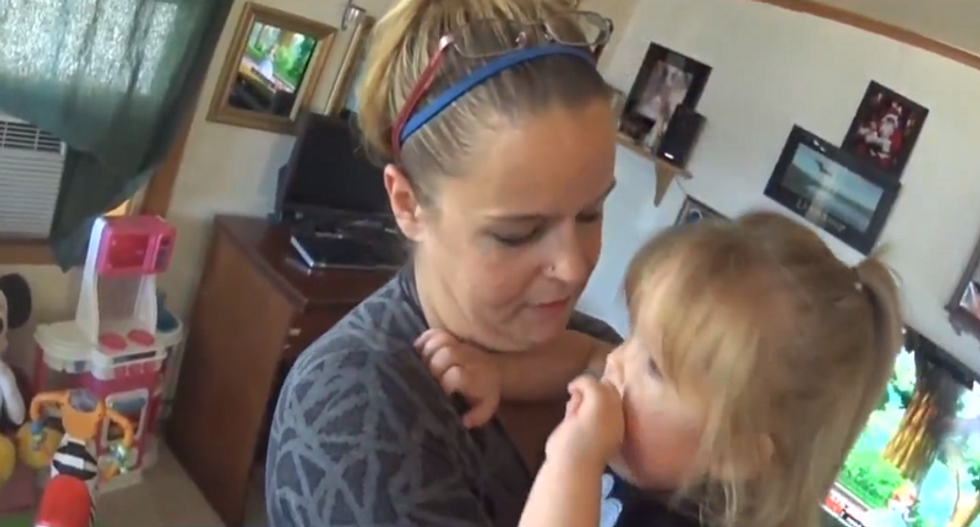 As if it's not hard enough to be a mom with a teething, restless 22-month-old baby, Dianne Hoffmeyer was standing in line at a coffee shop minding her own business when two women behind her started lobbing insults about her looks, calling her a whale and making fun of her hair.

Hoffmeyer got upset and responded -- but not the way you'd think. She retaliated with kindness and paid for their coffee.

"'Oh, look at her hair, it's nasty looking and the roots are coming through,'" the Michigan mom said she overheard, according to ABC7. "'Oh, she's a whale, oh, the whale needs to eat.'"

The painful thing about it, Hoffmeyer told reporters, is that she's just lost 177 pounds after having her baby. But she said being a mother inspired her to do something better than the treatment she got.

"My 2-year-old daughter is a mini-me and she mimics everything I do,” Hoffmeyer told the Times-Herald. “I wanted to do the right thing so when she’s old enough she’ll know the right thing to do.”

"I could hear you," she wrote, according to local WXYZ. "I could hear the hurtful things you said about me. Sorry that my hair needs to be re-colored and the roots bothered you, but I have children that need to be taken care of. They come first. You both were right when you said I didnt need the small box of tim bits because I already looked… like a whale. Just so you know they were not for me. But for my sick 22 month old daughter who has kept me up all night crying and teething. I thought they might make her happy, yes I set aside the fact that they are not healthy because I wanted her to smile."

She went on to say that the comments from the women made her cry but she bought the coffee to "pay it forward."

"But to show that my mother raised me better, I’d like to say YOUR WELCOME," she wrote. "Because this 'Fat Retarded Lard [expletive]' paid it forward and I bought your coffee’s this morning."

In response, Hoffmeyer has received a flood of kindness after her post about the incident took off. She woke up this week to find 1.5 million notifications after people shared her post.

"One positive action in a negative moment has caused a tsunami of friendship for me with moms that are going through the same thing," she told the Times Herald.

She's since been showered with gift cards to the coffee shop, Tim Horton's in Fort Gratiot, and offers from beauty salons to give her a confidence boost.

"Just when you think there’s no one nice in the world, they’re all on my Facebook page," Hoffmeyer told the paper.

Watch the report from WXYZ here: