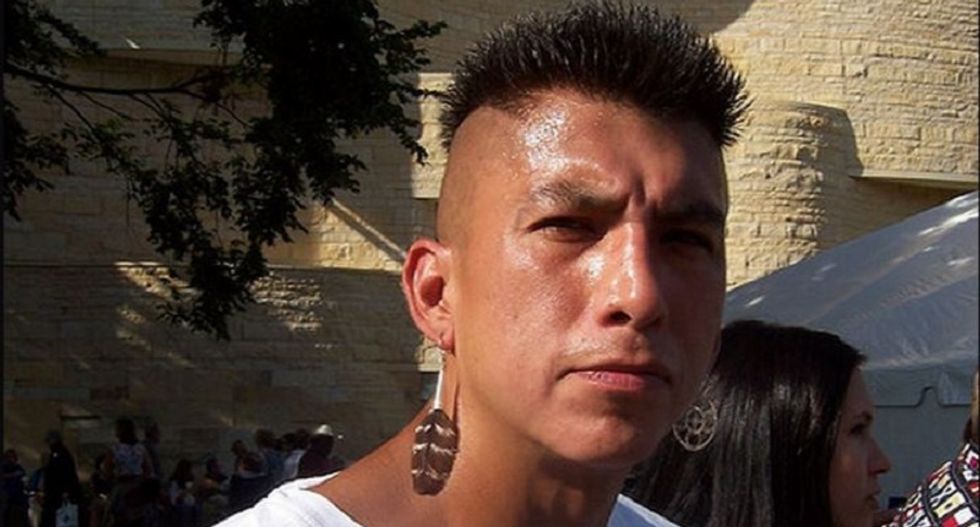 A Native American child was sent home from school for wearing a traditional Mohawk hairstyle because the school said it was against dress code, WFAA reports.

The Utah second grader is of Seneca and Paiute heritage and chose the hairstyle because it is commonly worn by Seneca Nation members. But this week his mother received a call from Arrowhead Elementary officials in St. George, Utah, saying she needed to come pick the boy up. He was only allowed to return after a Seneca tribal representative sent the school a letter confirming the haircut is traditional.

"It is common for Seneca boys to wear a Mohawk because after years of discrimination and oppression, they are proud to share who they are," wrote William Canella, a Seneca Nation Tribal Councilor, in a letter obtained by WFAA. "It’s disappointing that your school does not view diversity in a positive manner, and it is our hope that (the boy) does not suffer any discrimination by the school administration or faculty as a result of his hair cut."

The boy's father, Gary Sanden, told WFAA that he has two sons at the school, and the older one has chosen a non-Native hairstyle, prompting school officials to ask why they didn't cut the younger child's hair the same way. The parents offered to bring in a tribal card, but the school demanded a letter from a tribe official.

Wilkey said he thought the issue was overblown since the boy was allowed back in class once school officials received verification that the hairstyle was attached to his cultural identity.

Sanden said he understands the school's dilemma with the dress code, but also wondered why he and his wife had to take so many steps to get his child's traditional hairstyle approved.

It's not the first time a Native American student was punished for expressing their culture.

In 2012, Miranda Washinawatok was forced to sit out a school basketball game as punishment for speaking her native Menominee language in class at Sacred Heart Catholic School in Shawano, Wisconsin. The school later apologized for disciplining her.

Historically, the U.S. government attempted to eradicate Native American cultures by forcibly removing Native children from their homes and putting them in boarding schools, where they were forced to assimilate into white American culture. Many Native languages are going extinct because the children were banned from speaking them or any expression of their Native culture. Efforts are afoot to revive the languages.