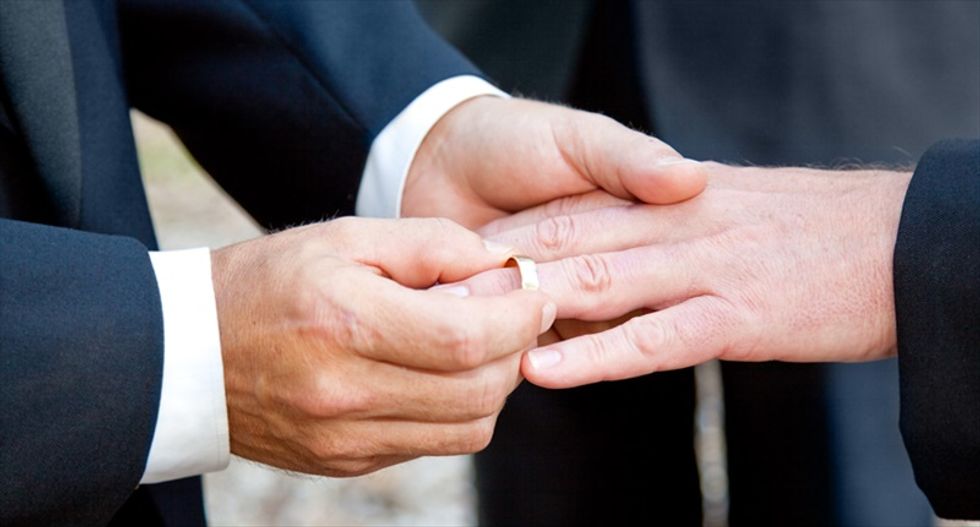 All four magistrates in North Carolina's McDowell County have been barred from performing any marriages for six months after they used the state's religious exemption law to opt out of performing same-sex weddings.

One Rutherford County magistrate told WLOS that he had been driving to McDowell County three times a week trying to cover the needs of both counties.

"Every single one has said they will opt out and won’t do the marriages," Judge Pool explained. "They have arranged for Rutherford County magistrates to devote ten hours to performing marriages here.”

“They are following the law and cannot perform marriages of any kind for six months," Pool added. "Just as long as we do ten hours a week which is what the law requires.”

McDowell County marriage services are being offered for limited hours on Mondays, Tuesdays and Thursdays.