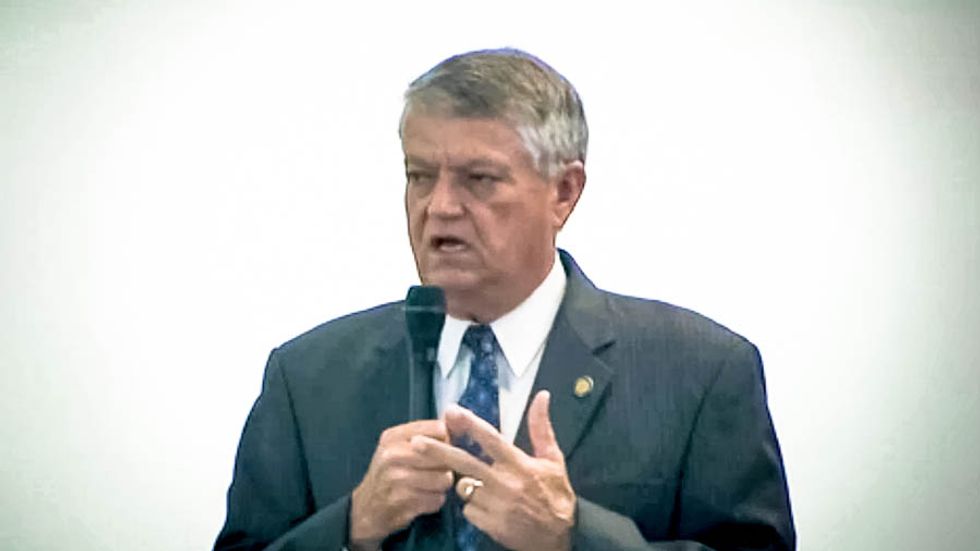 A bill to ban so-called sanctuary cities offered by state House Republicans last week also aimed to cap food stamp benefits at three months for most unemployed adults without children. Even though the Supplemental Assistance Program (SNAP) is paid for with federal dollars, state Republicans argued that people in counties with double-digit unemployment should no longer be eligible to receive assistance after the initial three month period.

Democratic state Sen. Angela Bryant offered an amendment on Thursday to overturn the food stamp cuts, saying that there are not enough jobs to go around in rural counties.

"Over several sessions here were have reduced funding for job training and education," Bryant pointed out during floor debate. "So we are basically relegating them, I guess, to steal for food."

Bryant asserted that there were better ways to police the abuse of SNAP benefits, but her amendment was dead in the GOP-controlled Senate.

"I think that everybody in this chamber would agree that one of the best things we can do for anyone who has found themselves caught up in the -- whether it's the SNAP program or unemployment or any other of the program that we offer to people who are in emergency situations -- one of the best things that we can do is to help them find a job," Sanderson said.

The senator added: "And I think that we will be amazed that when this goes into effect, and I don't know the exact number of people that this can ultimately effect, but I think you are going to see a lot of them either go and get that 20-hour a week job or they're going to enroll in some kind of higher education to improve their job skills. And that's exactly what we're trying to get here."

On Monday, The Charlotte Observer's editorial board blasted Republican lawmakers as "heartless."

"Then there are the occasions when such decisions are just mean," the paper noted. "Keep in mind that the food stamps are issued under the Supplemental Nutrition Assistance Program (SNAP), which is paid for with federal dollars. That means HB 318, if it passes, won’t save North Carolina money. In fact, the bill’s passage could be costly to retailers that sell food, especially in the rural areas that see SNAP dollars because of double-digit unemployment."

"If Republicans have some new information about widespread SNAP fraud in North Carolina, we’d sure like to see it. But in their endless hunt for people who might possibly be taking advantage of government programs, they continue to needlessly hurt people who truly could use some help."