NC teen charged as an adult for sexting pictures of himself 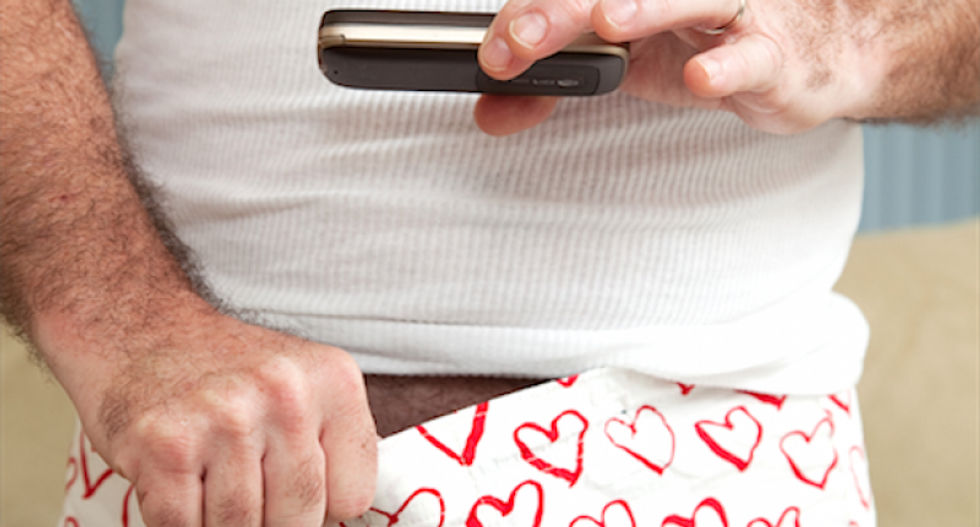 A 17-year-old boy is facing a whopping 10 years in prison for what 54 percent of teens confess to doing - sexting nude photos of himself to his girlfriend.

Cormega Copening from North Carolina is facing five counts of second-degree and third-degree sexual exploitation, and he's even being charged as an adult since the state's age of criminal responsibility is 16.

Local authorities discovered that Copening and his girlfriend were exchanging nude photos of themselves when they were both 16. It's unclear why authorities searched their phones in the first place, but since they were both underaged at the time the pictures were taken, they are accused of sharing child pornography. Reports indicate that no one other than the two saw the pictures.

Copening's girlfriend already pleaded guilty to a lesser charge, and was sentenced to one year of probation.

Sergeant Sean Swain from North Carolina's Cumberland County Sheriff's Office told The Independent that "as a minimum, with no prior history, a felony charge means two years in prison," which means the teen could face at 10 years if he's found guilty on each count.

Copening's name would also be added to the sex offenders' registry for 10 years, the sergeant said. Although he hasn't been convicted of a crime yet, he has already been kicked off his high school's football team where he played as a quarterback.

This incident is a clear representation of how misguided adults are in coping with the sexual behavior of teens. Instead of punitive measures that criminalize minors for doing something they don't necessarily understand is criminal, the issue could be remedied with education.

The problem is that many adults don't understand just how widespread sexting really is, and once they're confronted with the truth, they criminally punish the same people they're trying to protect.

For instance, when researchers from Drexel University surveyed college students, and asked them if they had ever sent or received “sexually explicit text messages or images” when they were under age 18, 54 percent said yes.

Do these kids really pose a threat to society? Should they be placed in prison and sex offender registries to keep the public safe?

While juvenile facilities salivate at the thought of criminalizing more kids for profit. the real solution is clear - we need to educate these kids, not treat them as if they're dangerous sexual predators. It's hypocritical and counterproductive to ruin their lives while simultaneously claiming that society is trying to protect them.

It's about time that these lessons are expanded to address the digital world. Sex ed also needs to be a continuous conversation with teens instead of a one-time discussion.

Authorities are trying to send a strong message with their "tough on crime" tactics, but locking up a 17-year-old for consensually exchanging nude pictures with his girlfriend goes beyond missing the mark - it needlessly destroys his life.