Pharmaceutical CEO: $750 is a 'more appropriate' price for $13 AIDS medicine 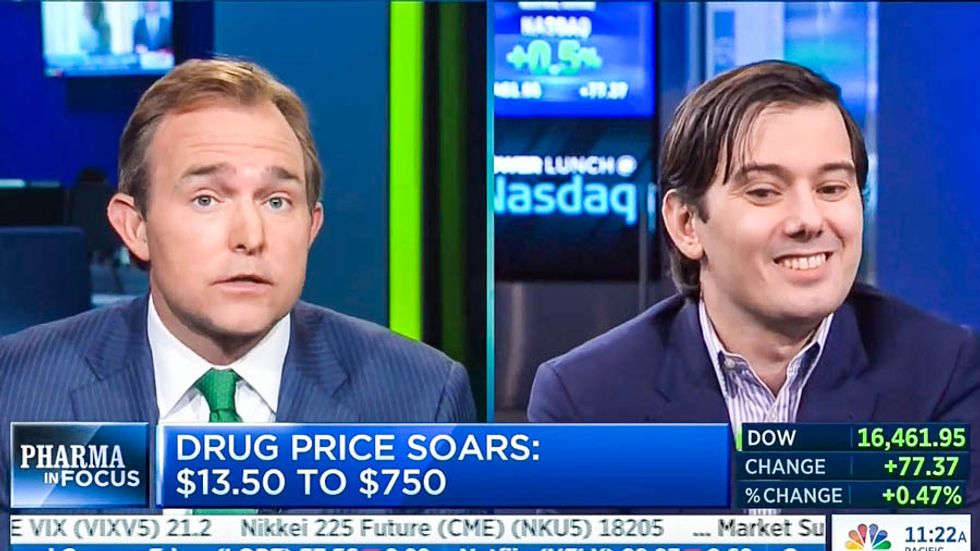 In a defiant CNBC interview on Monday, Turning Pharmaceuticals CEO Martin Shkreli defended his decision to raise the price of the AIDS drug Daraprim from $13.50 to $750.

Shkreli asserted that the price hike was needed to fund the development of a better HIV drug, even though experts had told CNBC reporter Meg Tirrell that a new drug was unnecessary.

"What a lot of companies do is raise venture capital funding when they see an important market for a drug rather than raising the price on the current patients who need it to survive and who have no other choice but to take it and pay the higher price," Tirrell pointed out. "Why wouldn't you go that route?"

Shkreli said that the company had raised $90 million, but "we also feel that this is the more appropriate price for Daraprim."

"At this price, Daraprim is still on the low end of what drugs costs," he explained. "And we're certainly not the first company to raise drug prices."

"Turing is a very small company, it's a new company and we're not a profitable company," the CEO added. "So for us to try to exist and maintain a profit, I think is pretty reasonable."

CNBC host Brian Sullivan reminded Shkreli that Daraprim had initially been a $1 drug.

"When you bought this company did you buy it because you knew you could raise the price?" Sullivan asked.

"We definitely planned on raising the price, that's for sure," Shkreli admitted. "We've took it to a price where we can make a comfortable profit, but not any kind of ridiculous profit."

Tirrell concluded by asking if Shkreli would consider lowering the price because "doctors and patient groups are saying they can't access this drug."

Shkreli responded with one word: "No."