Political correctness on college campuses is a real problem 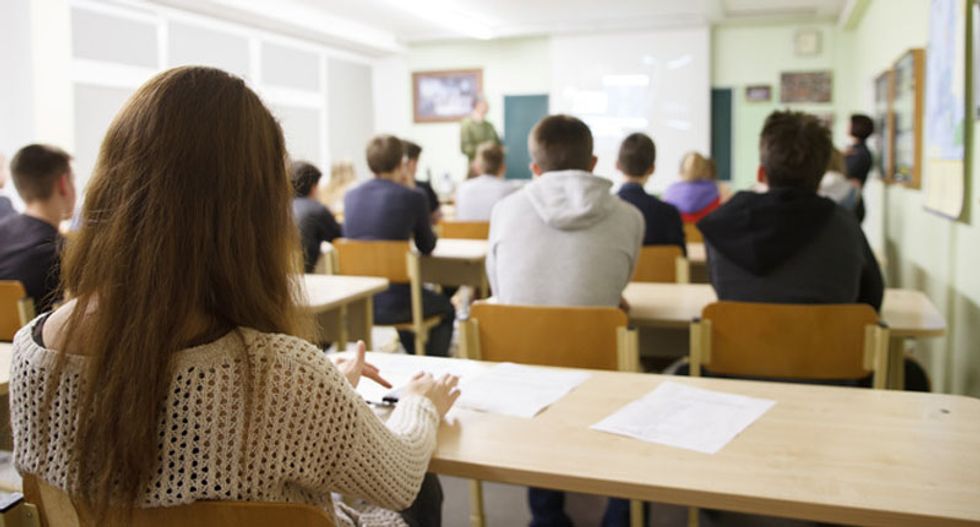 During a recent town hall in Iowa, President Obama addressed the issue of political correctness on college campuses. He specifically called out liberal students who have protested or banned conservative speakers at commencement ceremonies.

"I’ve heard some college campuses where they don’t want to have a guest speaker who is too conservative or they don’t want to read a book if it has language that is offensive to African-Americans or somehow sends a demeaning signal towards women," Obama said.

"I gotta tell you, I don’t agree with that either. I don’t agree that you, when you become students at colleges, have to be coddled and protected from different points of view. I think you should be able to — anybody who comes to speak to you and you disagree with, you should have an argument with ‘em. But you shouldn’t silence them by saying, 'You can’t come because I'm too sensitive to hear what you have to say.' That’s not the way we learn either.

It's not unusual to hear similar comments coming from Republicans who believe that higher education is just an excuse to indoctrinate America's youth with liberal ideology. But it was surprising to hear Obama speak out against the so-called PC police.

To a certain extent, Obama has a point. Censoring or banning speakers that college students find controversial isn't a new phenomenon, but it's becoming more and more commonplace in environments that are supposed to foster free thinkers and varying schools of thought.

Greg Lukianoff, the president of the Foundation for Individual Rights in Education, tracks data on these protests. According to his data, which was reported by MSNBC, since 1987 there have been 148 instances in which students rallied against potential commencement speakers. Of the 148 cases, about 100 took place in the past five years alone and resulted in 39 cancellations.

In 2014, high profile speakers such as International Monetary Fund managing director Christine Lagarde and National Security Adviser Condoleezza Rice cancelled their commencement speeches at Smith College and Rutgers University, respectively. Enough students and staff members had complained about their potential speeches that the public figures forwent their speaker's fees and pulled the plug on their appearances.

A common argument that students make when protesting certain appearances is that they pay tens of thousands of dollars to get an education. As a result, they feel empowered enough to make decisions about who the university pays for speaking engagements and commencement ceremonies. But the students should realize that what they're paying for is an education, not an idealogical bubble. In fact, the most valuable part about higher ed is getting exposed to diverse perspectives.

When Duke University freshman Brain Grasso made a big stink about getting assigned “Fun Home: A Family Tragicomic” by Alison Bechdel because it went against his conservative leanings, he received well-deserved criticism from people like me because he was missing the entire point of college. Also, he wanted his own interests to dictate the curriculum in the school, which was beyond unfair to his liberal peers.

That's another issue that should be taken into consideration - one political ideology that's shared by one group of students shouldn't be the standard for everyone else. Liberal students aren't and shouldn't be the arbiters of who's an acceptable speaker on campus. They don't speak for everyone.

Being confronted with ideas that conflict with your own is an uncomfortable thing to experience. But great things happen when you leave your comfort zone and keep an open mind. That's not to say that someone like Condi Rice would change a liberal's mind on something as catastrophic as invading Iraq in 2003, but it's still important to understand her stance and where she's coming from.

Well rounded people are not those who thrive in their own political bubble. They're the ones who venture to unfamiliar territory for a better understanding of the world around them. College is supposed to be the perfect environment for sharing and exchanging ideas, and coddling 101 can't part of the lesson plan.

Ukraine's President Volodymyr Zelensky said Friday that Russia was sending "very dangerous" signals with troop movements on the border, warning that his military was ready to push back any offensive.

He also claimed Kiev had uncovered a coup plot involving Russian citizens, but did not give full details.