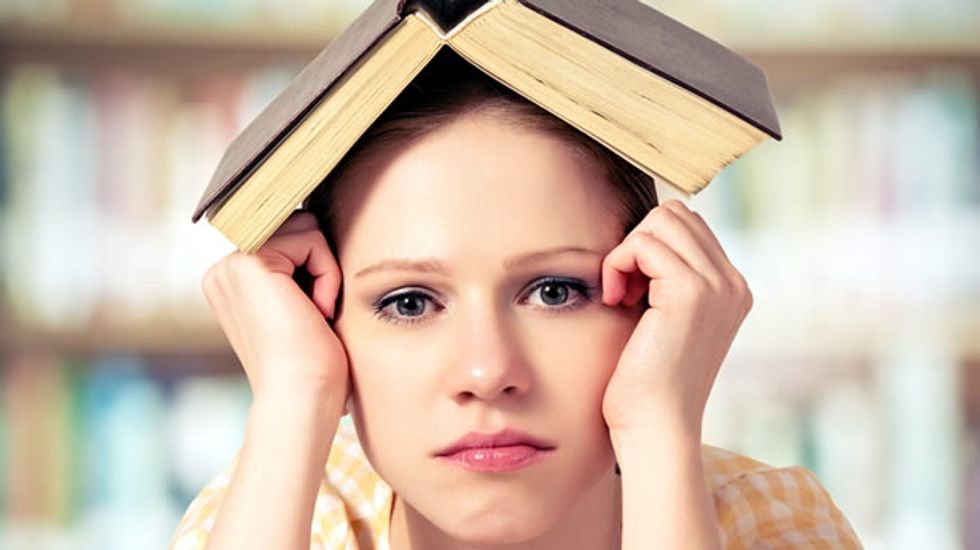 Incoming freshmen at Duke University have refused to read a summer book option by a New York Times best-selling author because the gay themes and sexual imagery offend their religious morals.

“Fun Home: A Family Tragicomic” by Alison Bechdel focuses on the author’s life as a lesbian and her relationship with her closeted father. The book also includes illustrations depicting sex, which made first-year students like Brian Grasso extremely uncomfortable.

Grasso complained about the book selection on Duke’s Class of 2019 Facebook page, stating that he would not read it “because of the graphic visual depictions of sexuality.” He also felt Fun Home’s inclusion for the Duke Common Experience Summer Reading program was insensitive to those with conservative beliefs. It “may compromise my personal Christian moral beliefs."

A few other students agreed with Grasso, without realizing that the whole point of going to college is to have all your beliefs questioned and compromised. That’s the point of higher education – to open people up to ideas and perspectives that differ from their own. If students are going to school in hopes of professors teaching them the mechanics of confirmation bias, then they’re in for a brutal wake-up call.

For the sake of full disclosure, I should note that I teach journalism at Cal State University Northridge, and if a student questioned my carefully crafted syllabus and attempted to change the curriculum based on their religious identity, I’d have no patience for it. Being a student requires one to learn. Reality doesn't disappear when it disagrees with a group's way of life, and learning as much as possible, even if the information is uncomfortable to absorb, is in the best interest of everyone. It’s precisely the uncomfortable lessons in life that make us well-rounded individuals.

This entire issue reminds me of Muslim cashiers who refuse to handle pork, or Christian pharmacists who deny contraception to women who have a prescription for it. If any given person’s religious morality is so important that it trumps actions that are required in their job title, they need to resign. I also feel these Duke students should give up their spot at the university so people who are interested in learning can have a chance to do just that.

I don’t like parading around in bikinis for the world to judge my beauty, and since that goes against my personal morality, I choose not to join beauty pageants. I don’t demand pageants change to meet my moral code.

Another thing to keep in mind is that one group’s religious morality is not reflective of the entire student body. Why should lesson plans and book selections change based on the beliefs of a few students who refuse to open themselves up to different ideas? There's a lot of talk about freedom of religion, but what about freedom from religion in a country that's supposed to be based on the separation of church and state?

Also, have these students actually read the Bible? Because if they had read it, they'd be confronted with talk of rape, and giving pregnant women poison to see if they miscarry the child of someone they had an affair with. Sounds pretty explicit to me.

"Duke has had a summer reading for many years to give incoming students a shared intellectual experience with other members of the class," Michael Schoenfeld, vice president for public affairs and government relations, said in a statement to CNN. "'Fun Home' was ultimately chosen because it is a unique and moving book that transcends genres and explores issues that students are likely to confront."

I’m tired of people expecting their religion to influence every facet of life for every person, and I'm even more fed-up of babying students to make sure they don’t feel “uncomfortable.” Guess what? Life is uncomfortable, and if it feels like a cakewalk, you’re not living right.