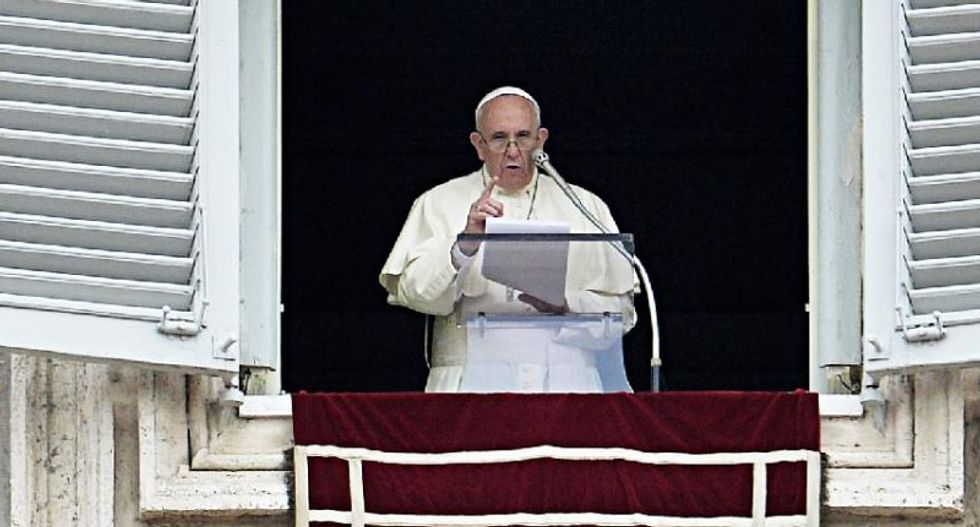 Pope Francis delivers his speech from the window of his apartment during the Sunday Angelus prayer in St. Peter's Square at the Vatican on September 13, 2015 (AFP Photo/Andreas Solaro)

Pope Francis on Monday told congregations which run hotels and restaurants to pay their taxes "like everyone else", weighing in on a heated debate in Italy over Church privileges.

In an interview with Portuguese Catholic broadcaster Renascenca, the Argentine returned to one of his favourite topics, the need to "fight the temptation of the 'God of money', into which religious congregations often fall."

He scolded those in the hospitality business who continue to benefit from a legal loophole for religious establishments.

"Certain congregations say, 'as the convent is empty, we'll turn it into a hotel, and we can host people as well as meeting our own needs'".

"Well, if you want to do that, pay your taxes like everyone else!" said Francis, who has made the fight against privilege one of the cornerstones of his papacy.

The Italian church began paying taxes on profit-making buildings in 2013, but many critics say congregations are still avoiding shelling out by claiming sites are not purely for commercial use -- for example, because they include a chapel.

Together, it is estimated to be worth some nine billion euros ($10.2 billion).