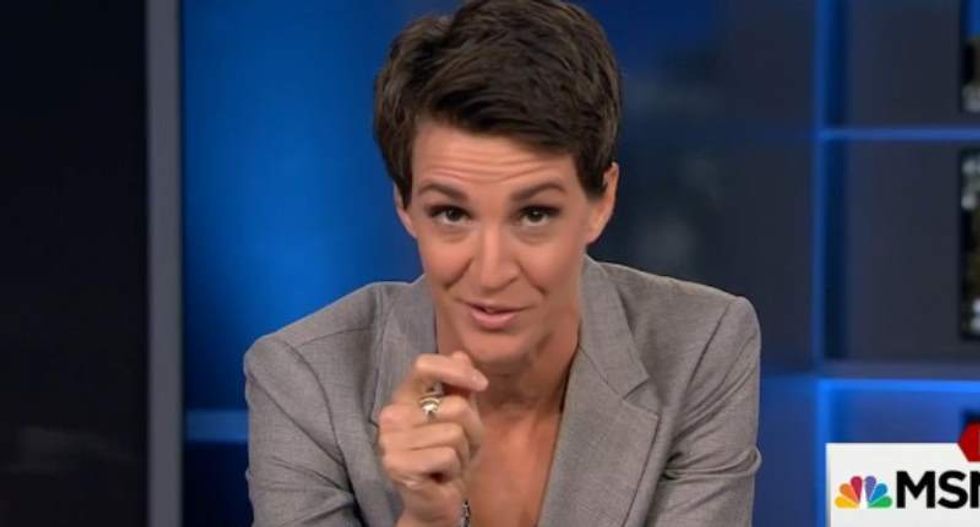 MSNBC host Rachel Maddow exposed the "veterans group" using an appearance by Donald Trump as a fundraiser on Tuesday as an apparent one-man organization.

Trump's appearance aboard the USS Iowa, she explained, was an event benefiting Veterans for a Strong America, with tickets ranging between $100 and $1,000.

However, Maddow said, the Federal Election Commission filings for the group's PAC reveal that, besides having only $30 cash in hand and $318 in debts, the organization's only member is founder Joel Arends.

"Donald Trump was not in the military, but he did use a pretty military backdrop tonight to raise money for a non-existent veterans' group, which endorsed him formally as part of his introduction -- and he said they have hundreds of thousands of members," she said. "And they don't. And so the whole thing is fake."

According to Heavy.com, Arends endorsed the real estate mogul, citing his "exceptional positions on national security and veterans issues."

"I'm sure that in that moment, Donald Trump was very grateful to have that statement of support from this group," Maddow said. "But Veterans For A Strong America really does appear to be just one guy."