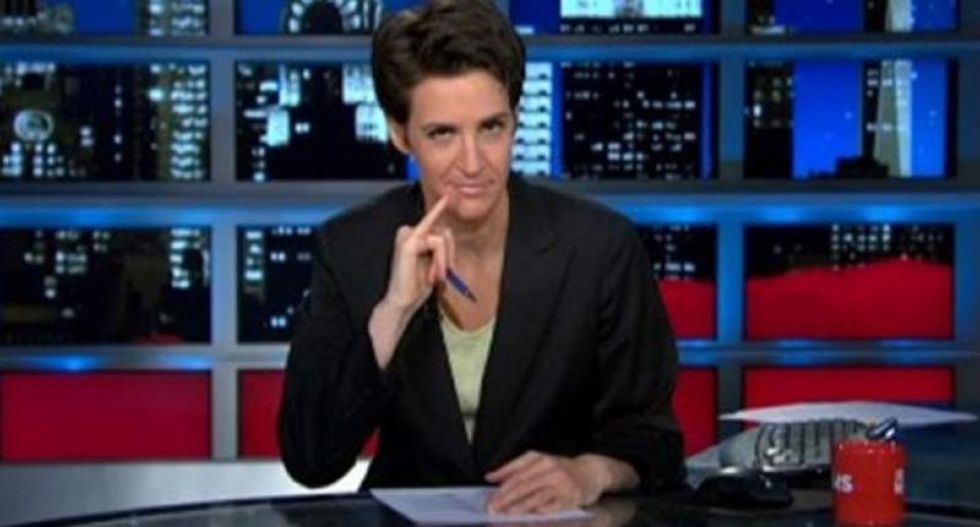 MSNBC host Rachel Maddow warned viewers to keep their eyes open come 10 a.m. EST on Tuesday, but not for anything from her network.

"The mainstream press has largely given up on covering these stunts," she said. "But your uncle who watches Fox News all day is due to send you an email in all-capital letters on this one, in 3, 2, 1 ..."

The "stunt" in question is the latest effort by Project Veritas, the group led by conservative activist James O'Keefe. While his previous efforts have been quickly debunked, she said, he contacted media outlets hoping to drum up interest in his operatives catching the Hillary Clinton campaign "red-handed."

"Maybe they 'caught her red-handed,'" Maddow said. "Given the history of this particular group, probably nobody was caught red-handed. But if you were looking to place bets on the next thing that right-wing talk radio and Republican TV is gonna go crazy about, you can set your watch to 10 a.m. tomorrow."

But unfortunately for Veritas, the host explained, their efforts were exposed even before the "sting" was released, when Clinton campaign staffers were notified that two women were attempting to gain access by using falsified information. The campaign subsequently released emails pointing to Veritas activity.

Not only did other Republicans say the activity Veritas "caught" campaign staff doing was legal, Maddow added, but operatives for O'Keefe's group sent emails to the campaign including the phrase, "Here's my falsified information."

"That's just not a good way to trick someone," she chided. "Don't blow your own cover."