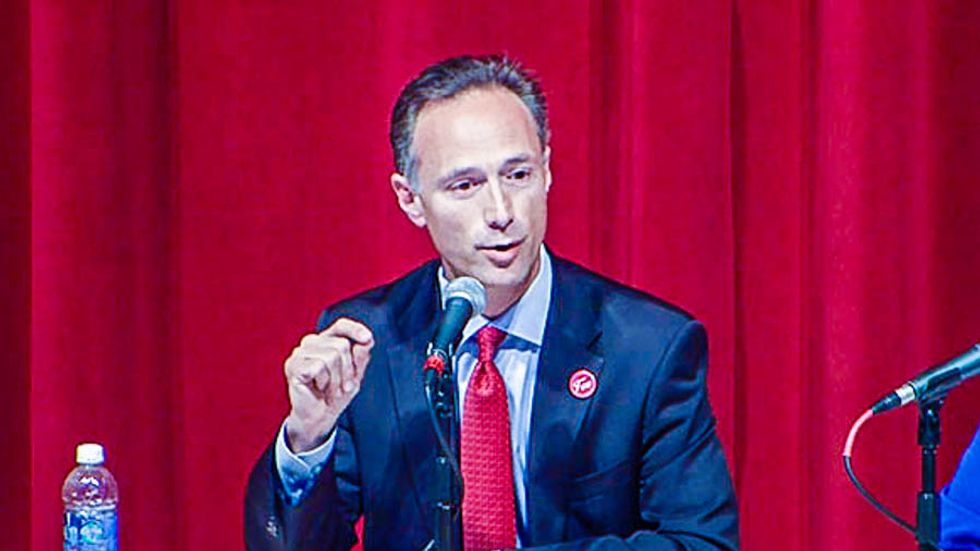 A conservative Nashville mayoral candidate has launched an advertising campaign on African-American radio stations suggesting that his opponent is not qualified to lead the city because she is too secular.

Candidate David Fox, who has hired a Republican consulting firm to run his campaign, began airing the ads against opponent Megan Barry on radio stations that target the black community.

"What has our community gotten from Megan Barry's eight years on Metro Council? Not a thing," a woman in the ad states. "Have I seen her in our community? No. Has she added African-Americans to leadership positions in Metro government? No. Has she fixed school overcrowding in Antioch like she promised? No."

The ad goes on to suggest Barry would not represent African-Americans because her husband had once complained about the "Jesus Industrial Complex."

"So how do Megan and her husband, Bruce, spend their time since it's not in the black community?" the woman in the ad continues. "Well, I'll tell you. They're opposing the National Day of Prayer, opposing prayer before high school football games, fighting with Christian faith-based organizations that he called, and I quote, 'part of the Jesus Industrial Complex.' Can you believe that?"

"She doesn't share our values, and Megan Barry doesn't deserve our vote," the ad concludes.

At a forum hosted by the Rotary Club of Nashville on Monday, Barry slammed Fox for “going after my family."

"My family isn’t running for mayor,” Barry pointed out. “I am. (My opponent) is absolutely OK to go after me and my record. But I think going after one’s family members crosses the line."

“The allegations in the ad, they’re false. They’re not true," she added. "But that’s the side piece. When David's doing this over here, don’t lose sight of the fact that we have a lot of really important issues that we need to be talking about and this is just noise.”

Fox, however, defended himself, saying that voters had expressed "discomfort" about Barry’s faith.

Americans United for the Separation of Church and State member Tracey Moody told WZTV that it was disturbing to see the way both Fox and Barry had suggested that atheism was a smear.

"What she said was he had some not nice things to say about me and she immediately followed that up with to clarify I am a Christian," Moody observed. "What that says is she's separating herself from non-believers to say there's something wrong with us."

Listen to the advertisement below.