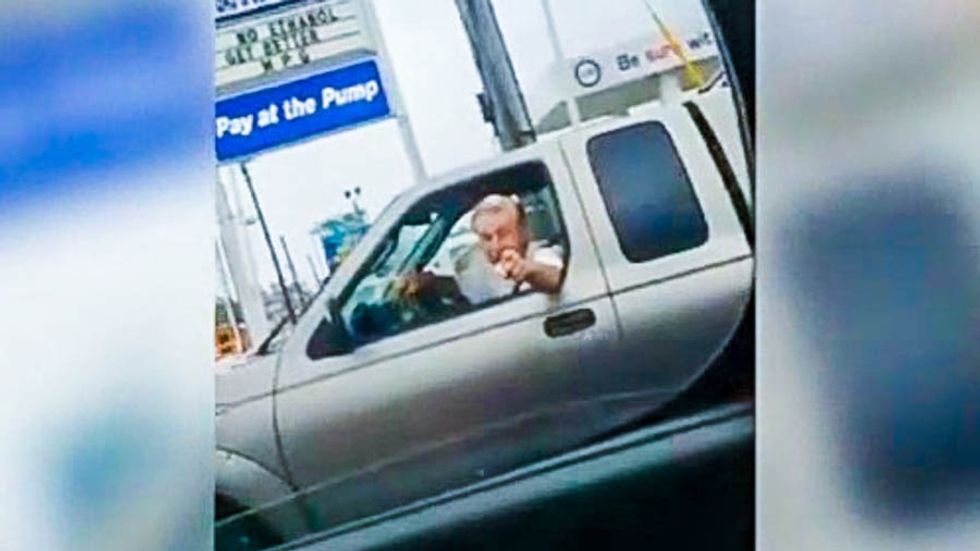 A Nashville woman said that a man yelled racial slurs and threatened to beat her for talking on the phone.

Monica Johnson told WZTV that she was sitting in her car at a red light and talking on the phone to her daughter last Friday when she noticed a man in the truck next to her was yelling.

She rolled down the window and caught just a few moments of the man's racist rant on video. In only six seconds, the driver managed to threaten her once and yell the N-word twice.

“It wasn’t because of me," Johnson explained. "It's because of what I represent and I represent black people but I hadn't done anything personal to him."

“He made the threat he would punch me in my face,” she added. “That’s huge.”

Johnson shared the video on Facebook, and was encouraged to report the encounter to law enforcement.