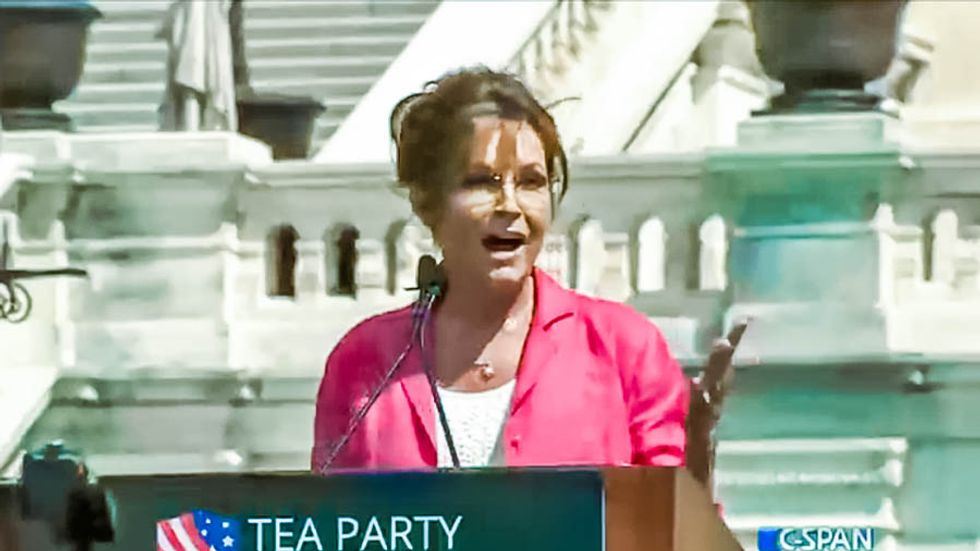 At a Tea Party Patriots rally against the Obama administration's nuclear deal with Iran, Palin began by saying she wanted to bring some "sanity to this discussion."

She continued: "Oh and you know, since your president won't say it, since he still hasn't called off the dogs, we'll say it. Police officers and first responders all across this great land, we got your back! We salute you!"

"Thanks you, police officers!"

Watch the video below via C-SPAN.