Stephen Colbert to Pope Francis: We can’t fix wealth inequality until we get money out of politics 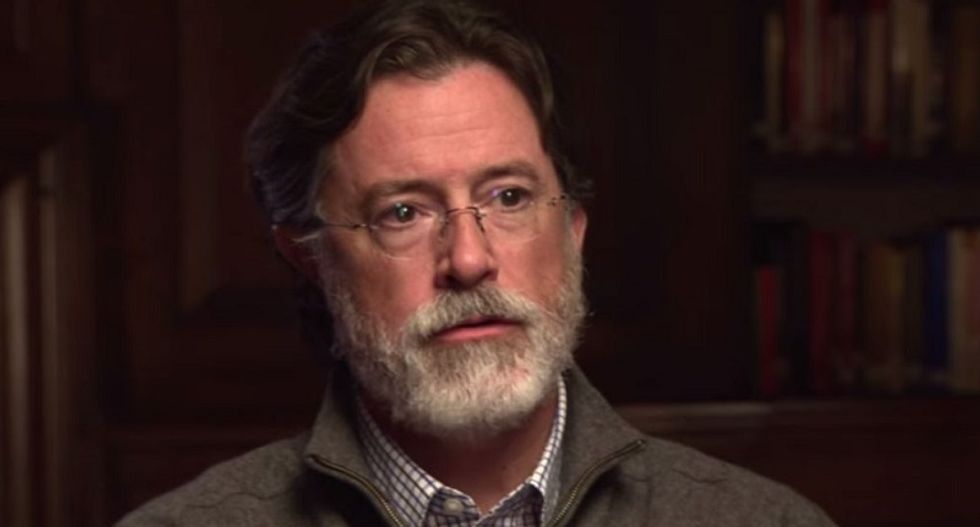 Stephen Colbert has a request for Pope Francis during his visit this week: We can't address inequality as long as there is so much money in politics.

In an interview with Catholic media outlet Salt and Light, the "Late Show" host joked about his superPAC, which he launched during his gag presidential run in 2008, and challenged interviewer Sebastian Gomes to find out where the money went.

Gomes asked Colbert what he thinks the message is that Congress most needs to hear when Pope Francis addresses a joint session.

"The corrupting influence of money in politics because it reinforces not looking out for the poorest or the least of my brothers," Colbert responded. "I think that's the one they need to hear the most because until you can control the money you won't control the message of Congress, and so you won't get action from Congress that looks out for average people."

He also discussed the need to prevent religion from being associated with a political party.

"It's perceived of in the United States that the right is the more Christian party," Colbert said. "But in any given election, if the right doesn't do well, well did Christ not do well? You've poured that infection of competition into the eternal world of the Gospel."

Watch the full interview, with Salt and Light, here: