Susan Sarandon on Pope Francis: 'I think they're going to assassinate him' 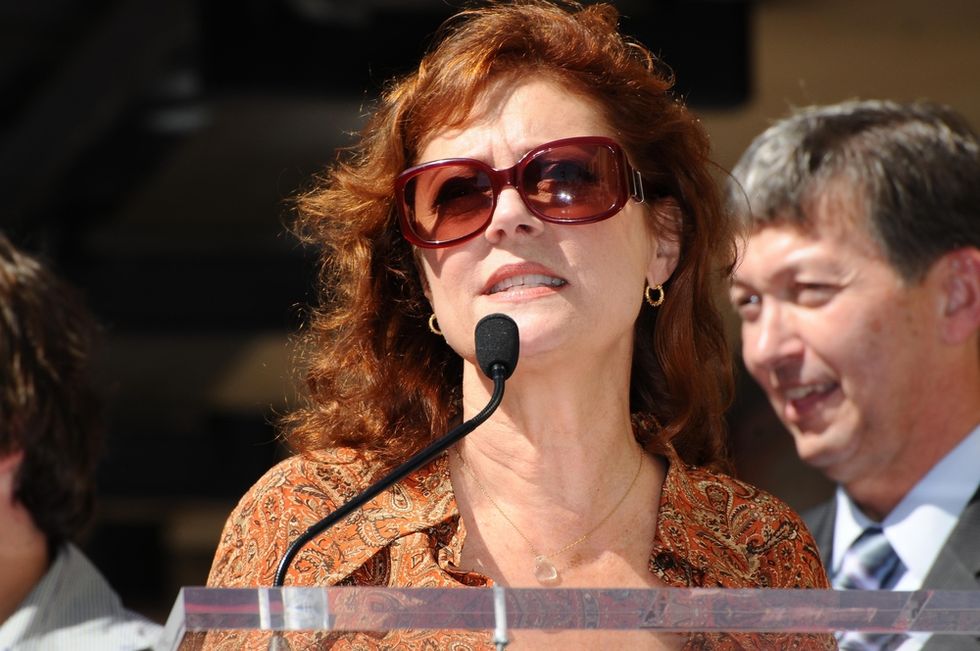 Actress Susan Sarandon fretted that someone will kill Pope Francis because his views are too progressive.

The New York Daily News quoted the Thelma and Louise star as saying, "I think they’re going to assassinate him."

"I think he's done some major, major cleansing of the whole system," she continued.

Pope Francis arrives in New York City on Thursday for his first official visit to the U.S. as pontiff.

Sarandon -- who graduated from Catholic University -- has remarked on the papacy before. She won an Oscar for her role in the film Dead Man Walking. In 2011, she said that she had send a copy of the book the film was based on to Pope John Paul II.

"Not this Nazi one we have now," she stipulated, referring to Pope Benedict, who was raised in Germany during the ascent of the Third Reich.

“I think people are really starved for something authentic and even though he has no idea specifically what he’s talking about. He speaks to the guy who wishes he could say, ‘Everything’s a mess, we’re tired of the machine, we’re tired of politics as usual,’" she said.

"I think it’s great that the Republicans have to figure out how to deal with him, it’s interesting."

She scoffed at naysayers who contend that Sen. Bernie Sanders (I-VT) can't win the Democratic Party's nomination or be considered a viable candidate for the presidency.

“Everybody said that about Obama,” she reminded the Daily News. “It’s like, the laziest way to do politics as usual. To just say, ‘Oh, well, he can’t get elected.' I think at least he’ll make some very unexpected dialogue in the debates.”