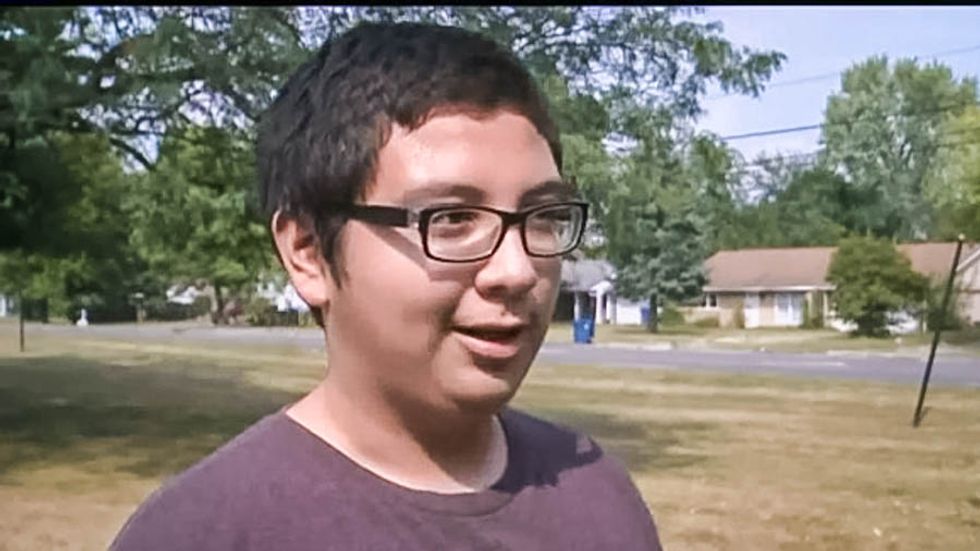 Investigators in Indianapolis said that two shootings over the weekend that targeted the Latino community could be connected.

Brian Zaragoza, 14, told WXIN that he was walking home from the grocery store when he heard someone drive by yelling a racial slur -- and that's when he felt a sharp pain in his side.

"Out of nowhere I heard a whistling, kind of like a bottle rocket then I felt something hit my side and I just lurched forward," Zaragoza recalled. "I didn't actually think it was a bullet until I saw the x-rays."

According to WXIN, a second shooting took place at a taco stand just minutes before Zaragoza was shot. The suspects reportedly aimed at an SUV with an adult and two children inside, but no one was injured.

Zaragoza's description of the shooter's vehicle was said to match the vehicle that targeted the taco stand. Investigators also recovered .40 caliber shell casings from both crime scenes.

"If they were just targeting random Mexican places, then I guess I was just wrong place wrong time," Zaragoza noted.

"The fact that they yelled out a racial term and made it about that--obviously the intent there, in my opinion, is clear because they are specifying why they are shooting at this kid," Indiana Latino Expo spokesperson Carlos May told WXIN.

May pointed out that Latinos were often targeted because people assumed they would not go to police. On Saturday, a clerk at a Hispanic-owned smoke shop was punched and shot at. The suspects grabbed money from the cash register and fled.

"Maybe they assume that because of the language issue or the immigration status issue," May noted.

As for Zaragoza, doctors decided to leave the bullet lodged in his back because they said that removing it could be dangerous.