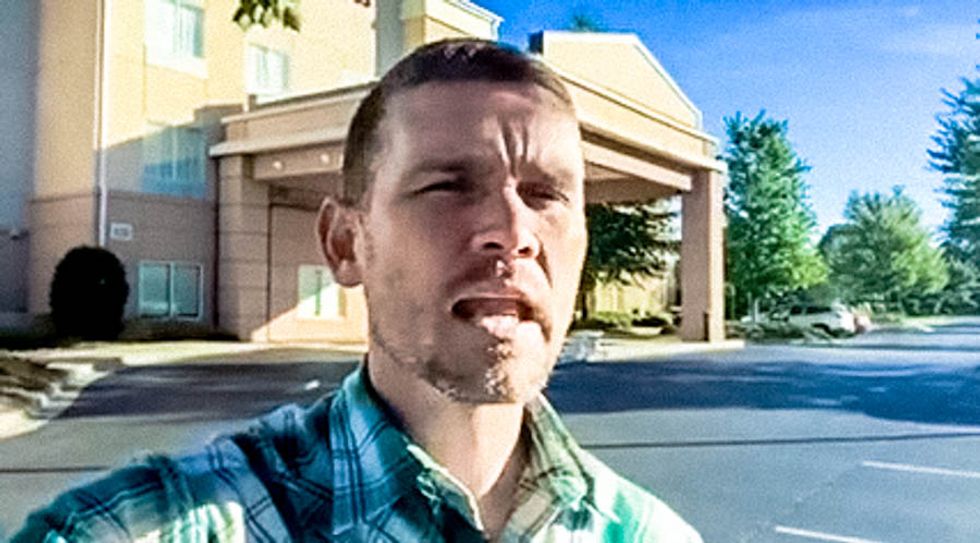 Tennessee Pastor Greg Locke encouraged school children to "take an F" in history class because learning about Islam was "absolute brainwashing of religion and we're not going to stand for it."

In a video recently posted on his Facebook page and the Parents of Wilson County Schools' Facebook page, the Global Vision Bible Church pastor appears in front of West Wilson Middle School ranting about Islamic indoctrination.

"We have a number of families in our church that are really upset and up in arms over all of this new Islamic indoctrination in our public school system," the pastor opines in the video. "Let me tell you something, when they are in sixth grade, they get half a page of watered down Christianity that has about as much Bible as a thimble if you will. And now, there's 28 pages that they have to learn about Islam and Mohammed and how it all came about and about the Holy Koran and the Five Pillars of Islam and how they pray and when they pray and where they pray and why they pray and about pilgrimages and all of this!"

"That's a bunch of bunk, we do not serve the same God," he continues. "And there has been an absolute Islamic invasion and indoctrination of our kids."

According to Locke, a history test given on the Sept. 11 anniversary was part of an Islamic plot in the Tennessee schools.

"Do not think, ladies and gentlemen, that is any coincidence whatsoever, that on Sept. 11th, that they will be taking tests on it," he insists.

Locke offers some advice to parents: "You need to tell your kids, 'Take an F for the class.' Because I'd rather fail in man's class and get an A+ in God's class. And we need to have some kids that have some character, that stand up. Because we do not serve the god of the nation is Islam. We do not serve Allah."

In fact, Locke says that he has removed his children from public schools and began homeschooling them to prevent Islamic indoctrination.

"That is nothing more than absolute brainwashing of religion," he warns. "And so, I'm telling our folks, don't take the test. Keep your kids home from school."

“No one in any Wilson County School is teaching any indoctrination of Islam or of any world religion for that matter,” Wright remarked. “To imply or state otherwise shows a lack of knowledge about the standards used in our schools.”

Wilson County Schools Deputy Director of Academics Monty Wilson pointed out on Facebook that all of the major world religions were covered in history class.

“Although these religions will be taught at some point in these three courses, the focus on each religion will depend on the context and influence of the time period,” Wilson wrote. “World History is taught at three different times in a student’s K-12 education. First in grades six and seven and again in high school. The courses cover World History from the beginning of time to the present.”

But Locke said that he was standing behind his comments.

"It's straight up indoctrination, I'm not backing off that," he told The Tennessean.

Lock's video was later deleted from Facebook, but he suggested over the weekend that hackers had removed the video due to a rant that encouraged gay teens to stay in the closet.