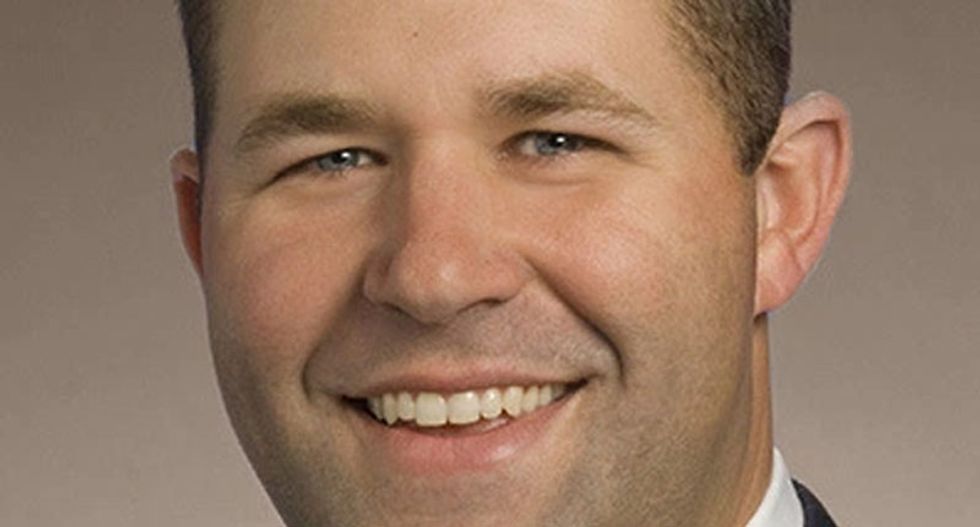 A Tennessee lawmaker on Thursday called for the state to revise standards for teaching religion in public schools, suggesting that kids should be ignorant of Islam because of terrorist attacks.

"Fourteen years ago, almost to the day, our Nation was struck by tragedy," state Rep. Andy Holt, a Republican, wrote in a blog post. "September 11, 2001 remains a date ingrained in the minds of every American, as well as, our friends and allies around the world. Forcing thousands to an early grave, Islamic extremists attacked the Twin Towers in New York City."

"Tennesseans have seen the radical side of Islam, and many have grown skeptical of this 'peaceful religion,'" Holt continued. "As a result, it comes as no surprise that Tennessee parents & citizens are upset to learn that Tennessee students are being forced to spend upwards of three weeks learning about Islam in their local public schools. This 'teaching' also occurs while Tennessee students are simultaneously being told they cannot fly American flags and are being discouraged from praying while at school."

Holt added that teaching children about Islamic history damaged their "cultural identity," and lamented that they were not learning about the Ten Commandments.

"This is an insult to the men and women serving our country who have lost and risked their lives due to a war instigated by the teachings of Islam, and I will not stand for it," he wrote.

But Holt is wrong. Tennessee students learn about the Ten Commandments, Judaism and early Christianity in sixth grade, according to Nashville Public Radio. In the seventh grade, they also learn about the Catholic Church and Protestantism.

Public schools in Tennessee also teach students about other religions as well, including Buddhism, Hinduism, Confucianism and Shinto.