That escalated quickly: Bill O'Reilly says he can 'explain' politics to Will Ferrell in 15 minutes 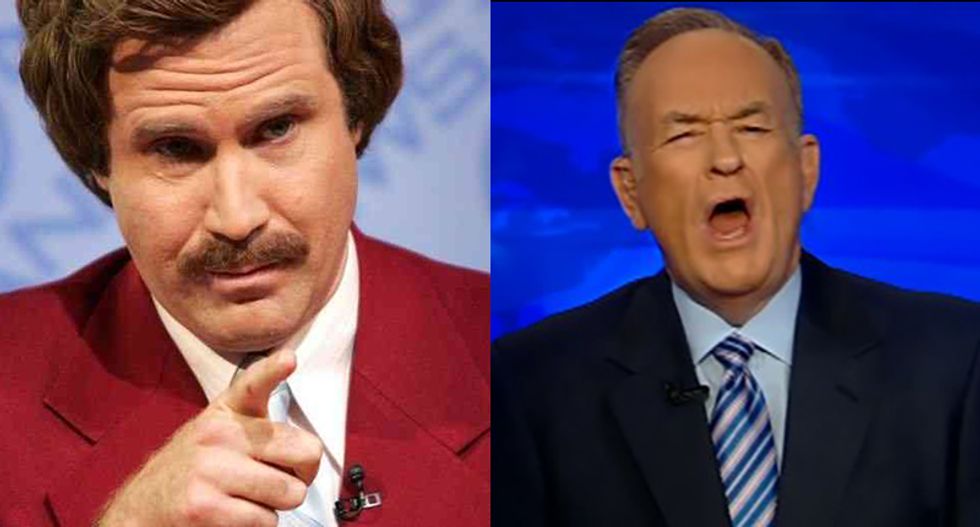 Fox News host Bill O'Reilly challenged comedian Will Ferrell on Tuesday to come on to his show for a political discussion, after Ferrell identified himself as a supporter of Sen. Bernie Sanders' (I-VT) presidential campaign.

"He's a talented guy," O'Reilly said. "But he's like George Clooney -- he crosses into these realms and you look at them and you think, 'What do you know about it?'"

O'Reilly's frustration, which first manifested itself during an appearance on Fox & Friends earlier in the day, stemmed from the Anchorman star being part of a group of 128 celebrities confirmed as Sanders supporters by the senator's staff.

"The great thing about being rich is, you can embrace practices that kill the poor," guest Greg Gutfeld said. "That's what socialism does."

"Yes it does," O'Reilly agreed. "And I would explain that to Will in a very gentle way."

"When you get famous and rich when you're young, what happens is you start feeling insecure: 'People only like me because I pretend,'" he argued. "To [celebrities], this is like a cool hobby. It's like nude pilates."

"The guy sounds like he should be selling knishes on the boardwalk in Coney Island," McGuirk said. "He wants to turn us into the United States of Greece. He makes Obama, politically, look like Clarence Thomas."

Watch the discussion, as posted on Tuesday, below.