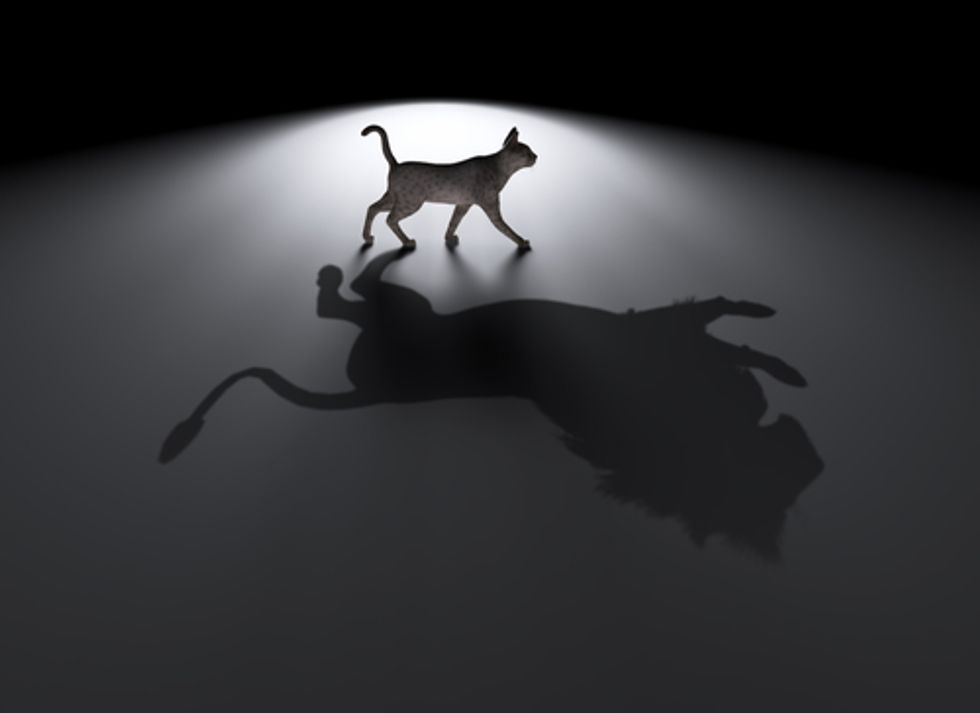 David Futrelle of We Hunted the Mammoth alerts me to the fact that some drunk MRAs recorded their bizarre sexual fantasies about myself and Jessica Valenti and, for some reason, felt it appropriate to put it on the internet:

In it, Paul Elam and his buddies from A Voice For Men claim that Jessica Valenti begged to suck their dicks but they turned her down. They shout "no means no" for awhile and then claim Elam says, "Hey listen, Amanda Marcotte! Your pussy stinks!" He correctly pronounces my name, which I suppose is the one good side effect of the bizarrely Canada-centric nature of the so-called "men's rights movement". That and this sick burn after some MRA hung a whiny "why you no wanna fuck me?" signs aimed at feminists in a Toronto subway stop:

This video is a telling bit of MRA ephemera. I almost admire the efficiency of it. Why go through the process of hitting on women, getting rejected, and doing the pathetic "I didn't want you anyway, you smelly bitch!" rationalization dance, when you can skip directly to the last step? These are clearly men who know how these things generally go. Under the circumstances, it makes sense not to waste the effort of getting rejected yet again by real women and instead just get together with your bros and playact getting to do that with some feminists whose names you learned off the internet. These guys will even pretend to buy your line about how you weren't actually interested in her anyway.

On a similar front, this paranoid tweet was being gawked at by some folks on my social media feeds:

MRA-ness is just so much about projection, isn't it? Right now, there is an actual movement in this country to take away the rights of women to have sex on their own terms by depriving us of access to contraception and abortion. But instead of acknowledging that, you get this paranoid fantasy that feminists are out to stop men from having sex.

Of course, it's plainly obvious that when he says "the right to have sex", he's not talking about the right to have fully consensual sex with a person who wants to have sex with you. Feminists, with all their work on sex positivity and reproductive rights, are making that more possible for men all the time. More likely, he's thinking about how feminists are making it harder for men who can't or won't get that full consent to pester and bully women to punish them for not wanting you. (And that's reading it generously, because he might also be talking about a "right" to have sex with someone who doesn't consent. Ugh.) Misogynists often try to spin sexual harassment as merely trying to get laid, so they can claim that anti-harassment policies are about trying to cramp their style. But of course, feminists are not trying to stop anyone from having sex. If a man is allowed to harass, he doesn't have more sex. All he gets is to be a big dick to women he's mad at because they don't want to have sex with him. Unless this is some kind of blackmail scheme---have more sex with misogynist assholes, or you will be harassed into the ground!---the formulation doesn't even make sense.

It's clear that a lot of what is driving the MRA/Gamergate community is these weird psychodramas these guys have with themselves over their toxic mix of insecurity and anger at women for being full human beings instead of pliant sex robots that are programmed to love and want you and have no will of their own.

The way that MRAs and Gamergaters are forever having imaginary conversations with the feminists and liberals in their heads went to the next level with this story. Joshua Goldberg was an adamant Gamergater. Apparently, one of his big projects was "proving" that people he hates---human rights activists, feminists, liberals---are all secretly evil by....creating online profiles where he role-played being what he likes to imagines that said people are. So, like many Gamergaters, he seemed to conflate having to face social disapproval for his rancid beliefs with being "censored". Problem is that you can't actually find those feminists out there who are actually calling for the free speech rights of bigots and misogynists to be repealed. So he invented one, running around on the internet under the name "Tanya Cohen" and arguing that we need to imprison people based on speech acts alone. I guess he thought she was bait, a way to get other feminists to agree with her and thereby "proving" the secret censorship agenda.

Another one of Goldberg's apparent attempts to "prove" that liberals are all secretly America-hating traitors has now backfired, badly, on him. One of his characters that he created he named  Australi Witness. Australi Witness told people online that he presented in public as a "moderate" Muslim who worked for Amnesty International, but that he was secretly an ISIS-supporting wannabe terrorist. While play-acting this character, he ended up telling an undercover FBI agent how to build a bomb for a terrorist attack and now he's been arrested.

So, if you're having trouble following along, this is what happened: A Gamergater, intent on "proving" that moderate Muslims are secretly jihadists, invented a fake Muslim character who fit that profile and his fake radical Muslim ended up plotting with another fake radical Muslim who was an FBI agent. Welcome to the 21st century. It's like an O. Henry story, but with computers.

But it's also the logical end game of the Gamergate/MRA tendency towards projection and fantasy. Insecure about sexual rejection? Engage in a weird, elaborate shared fantasy about being able to reject women the way you fear being rejected. Accuse feminists of engaging in a conspiracy to keep women from fucking you. Gamergaters are men who literally, to "prove" that there are girls who like their sexist bullshit, created a cartoon character who was their fantasy of the Cool Girl and wielded her like a weapon against actual flesh-and-blood women. There's a real breakdown here of ability to deal directly with reality as it is, for whatever reason. And now someone looks like he might be going to prison for it because he took it to the next level.