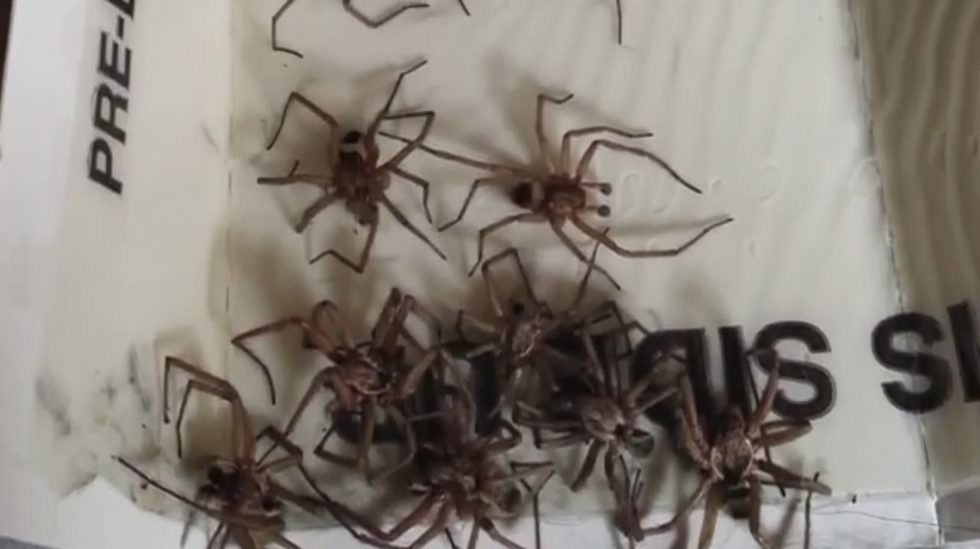 A Montana resident is getting some unwelcome visitors as fall arrives this year.

According to ABC Fox Montana, a homeowner in Missoula, Montana got a nasty surprise after setting out a spider trap overnight. When he returned to check them in the morning, the traps were overflowing with hundreds of spiders.

Experts say that the non-venomous spiders can get into houses through cracks and crevices as they seek out warm places to nest for the winter. Although their bite does not inject poison, it can introduce flesh-eating bacteria to the skin.

Josh McCloud -- owner of HoldFast EnviroPest Solutions -- told ABC Fox Montana that the spiders have no natural predators and can therefore breed unchecked.

Recent warmer winters have resulted in something of a population explosion among the spiders, McCloud said.

"We had a 60-degree day in February, and we had some really warm winter, and I think that kind of contributed, that gives them a larger growing season. They tend to hunker down during the winter, you don't really see a lot of activity," he explained.

The best way to keep a home clear of spiders, he said, is to minimize clutter and keep floors clean and vacuumed.

"What I would recommend first thing is keeping laundry off the floor, for some reason they like laundry, there’s lots of nooks in there for them to build a web. If you leave a shirt on the floor for a couple days, you'll have a hobo spider under there," explained McCloud.