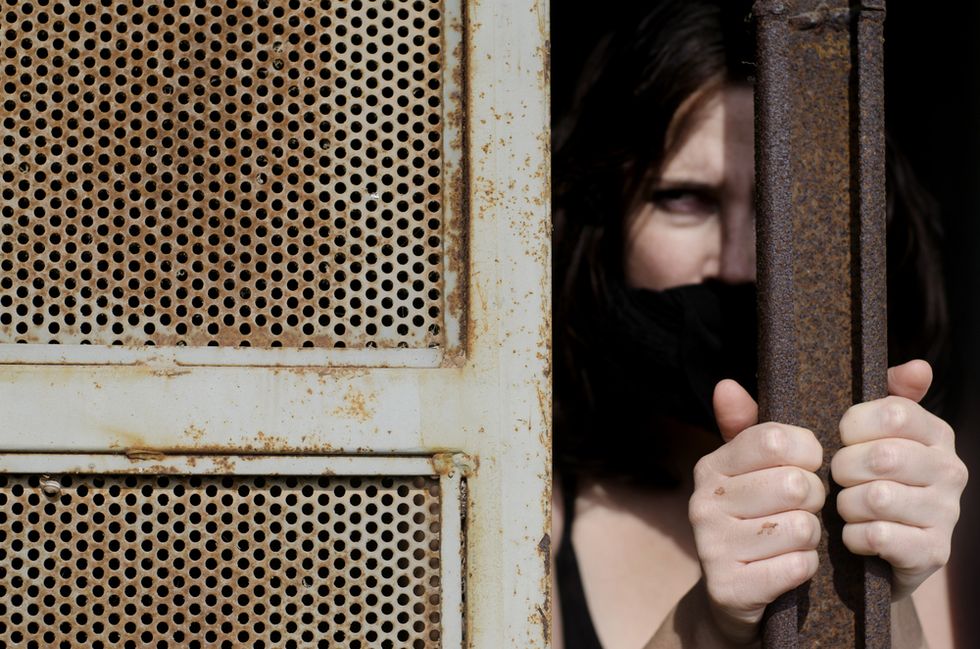 A trans woman named Sandy Brown spent 66 days in solitary confinement at a Maryland detention facility, during which she was subjected to taunting and humiliation by the staff.

“They didn’t see me for the human being I am; they treated me like a circus act,” Brown said. “I understand how animals at the zoo feel now. They gawked, pointed, made fun of me, and tried to break my spirit. These were people I’d never met, people I’d never done anything to.”

This was the first successful prosecution of a case, Welter said, for a trans inmate filing suit under PREA.

The Associated Press reported that Brown was released from solitary after a humiliating, months-long ordeal. Patuxent is considered a short-term stay facility, but the penal system's reluctance to handle Brown as a female inmate meant that she was detained at the facility far longer than normal and kept away from other inmates.

“Ordinarily these evaluations take 30 days at most,” Welter told Think Progress. “Ms. Brown’s went much more quickly, but she remained there actually until she filed this complaint.”

Brown's complaint said that her mistreatment began from the moment she arrived at Patuxent:

She was held in administrative segregation solely because she is transgender.

Over the two months she spent confined as such, she was only allowed recreation once.

Patuxant employees repeatedly taunted and harassed her. Sergeant Dawn Halsey, in particular, referred to her as an “it,” told her that she was not a real woman, and that she should kill herself.

Correctional officers would stare in her cell to gawk and giggle at her, threaten her, and call her names, leaving her in tears.

On at least one occasion, officers pulled back a curtain to stare at her while she showered.

Welter said that abuse of inmates by corrections officials is expressly forbidden under PREA.

Brown's statement said that she hopes that these legal victories will give hope to other incarcerated trans women.

“To the other transgender and intersex women behind bars, don’t give up,” she said. “There is hope out there for us.”

Rebecca Earlbeck, also of FreeState, told the AP, "This ruling forces the entire state corrections system to adopt a clear policy for the treatment of transgender inmates regarding searches, housing and interaction with transgender inmates. Just as importantly, the ruling also requires mandatory staff training on these policies."